Photo caption: Ambassador of France, Mr. Alexandra Ziegler with the Renault KWID at the Renault-Nissan Alliance plant in Chennai.
Chennai, India (July 22, 2016): Ambassador of France to India, Mr. Alexandre Ziegler visited the Renault-Nissan Alliance plant at Oragadam near Chennai today. The ambassador was accompanied by key officials from the Consulate General of France.Ambassador of France to India, Mr. Ziegler said, “I am pleased to be at this world-class Renault-Nissan Alliance facility that demonstrates a perfect mix of global standards and local talent. It is good to see the growing market share of Renault in India, being primarily led by the game-changer KWID which symbolizes innovation, creativity and the Make-in-India campaign – this is the very essence of Indo-French partnership. I am impressed to see the effective utilization of resources between Renault, Nissan and Datsun brands.”I am happy to know that this manufacturing facility has created enormous opportunities for local employment as well as built a healthy vendor network, further creating additional jobs” he added.

The state-of-the-art manufacturing facility is the largest Alliance production facility in the world which started operations in March 2010 following an INR 45 billion initial investment. The Alliance has invested an additional INR 16 billion. This facility has manufactured 32 Renault, Nissan and Datsun models and derivatives from its production line. The facility caters to both domestic and international markets and has developed into India’s second largest car exporter with more than 650,000 units shipped to 106 countries since 2010.

Together, the manufacturing plant and R&D facility account for around 12,000 direct jobs in Tamil Nadu, with a further 40,000 in the Indian supplier chain, making an increasing contribution to the local economy.

Accompanied by Mr. Jean-Louis Theron, Deputy Managing Director of Renault-Nissan Automotive India Private Ltd (RNAIPL), the French delegation visited the manufacturing facility and test drove Renault KWID. As part of the visit, the dignitaries were taken through the Alliance Production Way (APW) of building cars wherein they also interacted with key management personnel from the facility. In a gesture to support environment, Ambassador planted a sapling at the facility.

21st July’2016. Gurgaon, India.  Three members of Milkbasket’s delivery team were manhandled and badly beaten up by the local milk mafia on 20th July. Over the last one week, this was the local mafia’s third attempt to stop local entrepreneurs from setting up shop, in the process inconveniencing 2500+ families in Gurgaon.

After the incidents, the Milkbasket team members approached Sushant Lok-1 police station and Badshahpur police station on 14th & 20th July respectively to file an FIR. On both the occasions, the police declined to file an FIR without giving any reason and have not taken any action against the miscreants.

“Milkbasket was started to provide Gurgaon residents with a reliable daily delivery service. It is an attempt to give everyone the right to choose when it comes to selecting their daily needs vendor. Our customers have come to trust us for quality and punctuality – and we are striving hard to protect this. The local milk mafia is irked by the fact that families in Gurgaon now have a choice. This is challenging their monopoly and in response they have started resorting to physical violence to disrupt Milkbasket services” notes Anant Goel, co-founder & CEO of Milkbasket

“ Above all, the unfortunate events of the past week remind us how critical our right to choose is. In the face of such obstacles, we stand by our commitment to free up our customers” adds Anurag Jain, Retd. Major (Indian Army) and a co-founder of Milkbasket.

Milkbasket, started in Gurgaon, is India’s first subscription based delivery service with over 3000 subscribers.  With a ‘free daily delivery before 7:00 am promise’, Milkbasket is an initiative of 4 local entrepreneurs of Gurgaon who are alumni of INSEAD, MIT, XLRI, DCE and NITK. Launched in 2015, it is currently serving over 50 societies, having already delivered more than 300,000 orders and 400,000 litres of milk till date.

Germany train attacker may be of Pakistani origin: authorities

sagarnewspost.wordpress.com – nasa.tumblr.com – Among the newest crew on the International Space Station is U.S. astronaut Kate Rubins, who will assume the role of Flight Engineer for Expeditions 48 and 49. Here are five things…

sagarnewspost.wordpress.com – istreetwire.com – American Homes 4 Rent (AMH) continued its upward trend with the stock climbing 0.67% or $0.14 to close the day at $21.13 on higher than average trading volume of 2.91M shares, com…

Barack Obama:Here’s what I need from you, Naresh: 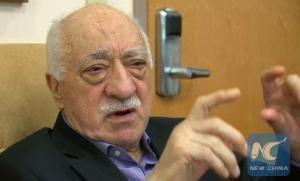 sagarnewspost.wordpress.com – newdelhisamachara.wordpress.com – The Biking Queens received a warm welcome in India after successfully completing their – All Women 10 Nation Ride Received blessings from the Hon’ble Prime Ministe…

Bengaluru, 21st July 2016: Amandeep Drall carded an even par round of 72 on the second day to maintain the lead in the Hero-KGA Women’s Pro Golf Championship 2016 at the Karnataka Golf Association here on Thursday. Trailing her by a margin of eight shots is Gursimar Badwal with a total score of 150. The INR 6,00,000 event will culminate on 22nd July.

Panchkula’s Amandeep Drall carded two birdies on the 2nd and 6th holes with an equal number of bogeys on the 1st and 7th in her front nine. She carded two more birdies on the 10th and 11th holes, but two dropped shots on the 14th and 17th prevented her from carding an under-par score in the round and she finished with a total score of 142. She has a big lead of eight shots going into the final round and will be eyeing her second title of the season.

Gursimar Badwal carded 3 over 75 in the second round to retain her second position. She started impressively, carding two birdies on the 4th and 6th holes while dropping a single shot on the 7th hole in her front nine. The professional from Kapurthala, however, could not sustain the momentum on her return and carded two bogeys on the 13th and 18th holes along with a double on the 16th.

Kolkata’s Neha Tripathi is placed third with a total score of 153 after 36 holes. Her card on the day included five birdies on the 7th, 8th, 12th, 13th and 16th holes, the maximum by any golfer on the day. However, the advantage was

Modi to reopen fertiliser unit after 26 years – Times of India 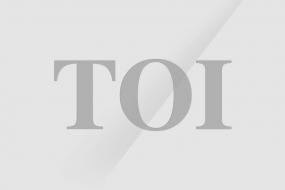 timesofindia.indiatimes.com – Lucknow: Over 26 years after a lockout following death of an employee, the fertilizer unit in Gorakhpur is ready to reopen and with sophisticated machines run on gas fuel to produce up to 3,850 ton… 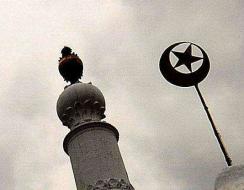 timesofindia.indiatimes.com – Padne, a secular island till recently, is bewildered by the flight of some of its Muslim youth. It is sandwiched between the politically volatile Kannur and a communally , but Padne village doesn’t…

Is NDTV using fake “bot” accounts on social media to push up their stories?

opindia.com – It is now a well known fact that as far as viewership and TRP is concerned, NDTV’s television channel is in doldrums. Once known as the prime channel for erudite viewers, NDTV has slipped far below…

On every level, death penalty is wrong 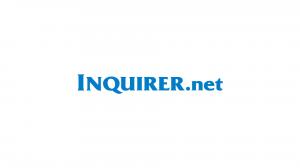 opinion.inquirer.net – A decade after ending the use of the death penalty and taking a lead role in a global campaign to abolish capital punishment, the Philippines is again considering sending prisoners to the gallows. …

‘Presstitutes’ and ‘prostitutes’: The language our netas use 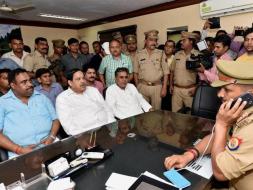 hindustantimes.com – I and my ilk have often been referred to as ‘presstitutes’ – and continue to be thus labeled — but nobody from the BJP has condemned Union Minister VK Singh, the author of this expletive. Journali…

Sikh Temple Blown Up By Islamic State Supporters ‘Not Terrorism’ breitbart.com – The teens were also considered at such a risk of radicalisation that all three were enrolled on anti-radicalisation programmes. One of the convicted completed his programme just four days before th…

madworldnews.com – There are over 22 confirmed terrorist Jihad camps in the United States belonging to Jamaat ul-Fuqra, a Pakastan Muslim Brotherhood and Al Qaeda related branch. Now a combined media effort, we find …

Saudi Arabia won’t take any Syrian refugees, but offers to build 200 mosques for them in Germany

25 years of reforms: Not all Indian corporates welcomed the new environment of competition and openness, says Cyrus Mistry – The Economic Times 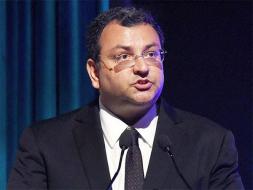 economictimes.indiatimes.com – By Cyrus P Mistry I had just returned to India having completed my undergraduate degree in Britain when the Indian government announced major economic reforms in July 1991. A series of momentous ch…

The most prestigious universities in the world? The latest rankings are out 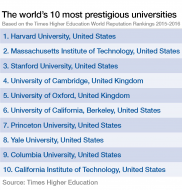 weforum.org – British and American institutions once again dominate the list of the world’s most prestigious universities, according to this release from Times Higher Education. The ranking is based on results f…

From Berlin to Basel: what can 1930s Germany teach us about banking regulation?

GST and the politics of opportunism

Breaking fresh ground: Other than BJP, AAP is the only growing political force in contemporary India 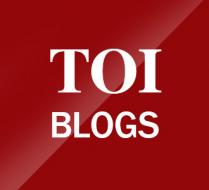 blogs.timesofindia.indiatimes.com – Navjot Singh Sidhu’s snub to BJP and his apparent journey to AAP could be seen as a sign of the way the wicket is turning in Punjab. One must presume that the cricketer commentator MP, who can give… Road to Rio: At Olympics, Lalita Babar’s versatility will be big advantage for steeplechase – Firstpost

Some foreign cricketers have agreed to play PSL final in Lahore: Sethi

Why Guru Purnima is unique to Hindu dharma

dailyo.in – Many religions honour their founder or great teacher in various ways. Hindu dharma is perhaps unique in honouring the guru or spiritual master as a principle in itself beyond any particular persona…

She found him homeless and what she did AMAZING

newspip.com – This golden dog may not be a lion in real life, but he can still be one at heart. That is the message behind the photo series Grossstadtlowe by German photographer Julia Marie Werner. She found the…

Mozilla to Start Blocking Flash Content in Firefox From August

gadgets.ndtv.com – Adobe Flash has been running out of favour from major browsers for quite some time now. HTML5 has made the Web plugin look redundant and dated. The latest step taken in the direction of discontinua…

Shared by
The Indian Express

Prisma rolls out beta app for Android: Here’s how to get it

Shared by
The Indian Express

Xiaomi anniversary sale: Redmi Note 3 at Re 1 and other discounts – Tech2

Shared by
The Straits Times

Breastfeeding could be allowed in Commons as ‘role model’ to society, as Speaker John Bercow prepares to tackle ‘antiquated’ practices

Shared by
The Telegraph

What Businesses Can Learn From Political Campaigns

Shared by
The PRactice

MORE FROM THIS PAPER

Every year, on 18 July the UN joins a call by the Nelson Mandela Foundation to devote 67 minutes of time helping others. In Nov 2009, the UN General Assembly declared 18 July “Nelson Mandela International Day” in recognition of Mandela’s contribution to the culture of peace and freedom. This is celebrated under the slogan: “TAKE ACTION. INSPIRE ACTION. MAKE EVERYDAY A NELSON MANDELA DAY”

This year the South African Consulate in partnership with South African State Entities, Businesses and Partners spent 67 minutes of their time on 18th July with underprivileged children in Mumbai. On this occasion, the entire South African Tourism team stepped out to spend 67 minutes with the Children at Smile Foundation and engage with them. These activities included painting a classroom, singing and dance and lunch with the children.

Smile Foundation is a national level development organization directly benefiting over 400,000 children and their families every year, through 158 welfare projects on education, healthcare, livelihood and women empowerment, in more than 700 remote villages and slums across 25 states of India

The Consulate also called upon others to take up this challenge too and join hands to helping those less privileged in India.

Reply Reply to All Forward More