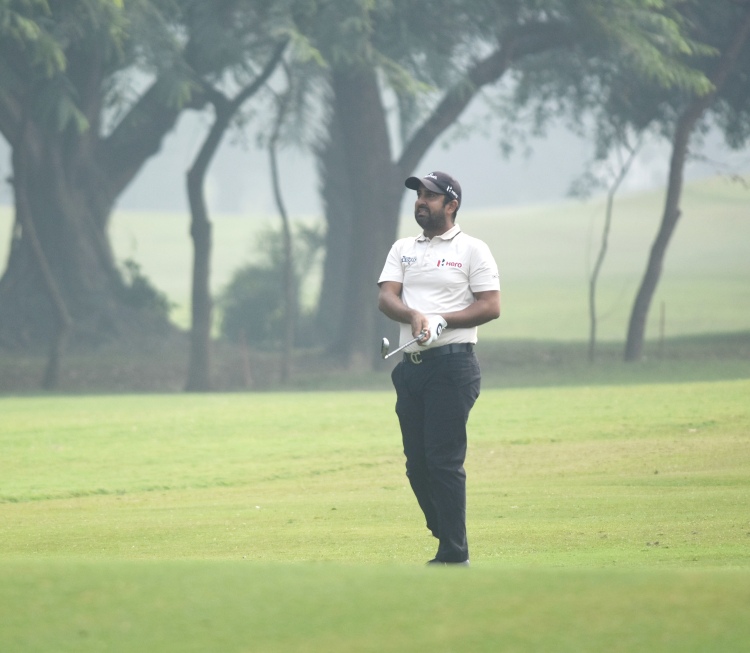 Kapur produces a sensational final round 64 to clinch victory

Kapur (71-70-67-64), who had won his previous and only Asian Tour event in his rookie season back in 2005, came home the winner by two shots at the National Golf Country Club in Miaoli, Chinese Taipei, with a sensational bogey-free final round of eight-under-64 that saw him end up with a total of 16-under-272.

Malaysian Gavin Green and Korean Yikeun Chang finished joint runners-up at 14-under-274 at the US$300,000 event.

The 35-year-old Kapur, who began the day in tied third, two off the lead, put together eight birdies in round four, including five on the last seven holes, to register the tournament’s lowest single round score of 64 en route his victory.

Kapur, who had won two European Challenge Tour events in 2013, now has four international titles to his credit. His winner’s cheque of US$54,000 from the Yeangder Heritage has pushed him up from 21st to 13th place in the 2017 Asian Tour Order of Merit.

Shiv said, “This win means a lot to me. Honestly it hasn’t sunk in yet because I’m still in a bit of a daze. It has been a frustrating last couple of years so it is nice to be back where I belong. There are so many good talents on the Asian Tour and it is getting harder and harder to win each year.

“There is a certain calmness on the golf course. It think that helped me and it also helped because I was not playing in the last group. That gave me an opportunity to just go and make birdies. I looked at the leaderboard on the 17th hole and I was already 15-under and two ahead.

“I came close on 17 and hit a great drive and second shot on the 18th hole. I had a downhill seven feet birdie putt on the last and made that. I can look back and say I did this right but you need some luck to win.”

In September last year, Kapur went for a liver surgery and returned in mid-December after resting for three months. Before the surgery, he lost his European Tour card.

Kapur added, “I really struggled last year. I came back from a liver surgery in September and was lying on a hospital bed. It was frustrating because you couldn’t play. Now I’ve come back after six months and to win the way I did is satisfying. When you are away from the game, it gives you doubts about yourself especially when things are not going your way. This win comes at the right time.”

Kapur, who was named the Asian Tour Rookie of the Year in 2005, soon after winning his first Asian Tour title in December that year, said, “It has been a long time since I won on the Asian Tour. It has been such a long wait but you tend to appreciate it more. You will have questions and doubts from yourself and other people but I answered those questions more to myself than anybody else with this win.

“After you haven’t won for so long, you might think that the best is behind you. When I first won, I was in my early 20s as well and the older guys were chasing me down. Now I’m the old guy! I played with Gavin Green in the third round and I can’t talk enough about what a great player he is. Today I played with two young Thai players so there is a lot of talent on the Asian Tour.

“It is becoming harder and harder to win. The young kids come into tournaments to win. They come through the ADT system and that’s such a great platform for them to learn how to win. When they come out on the Asian Tour, it is not a big surprise to them anymore.”

Congratulating Shiv on his well-deserved victory, Mr. Uttam Singh Mundy, CEO, PGTI, said, “We at the PGTI congratulate Shiv for his win at the Yeangder Heritage. The victory is a result of his dedication and perseverance. We look forward to seeing him win many more titles in the years to come.”