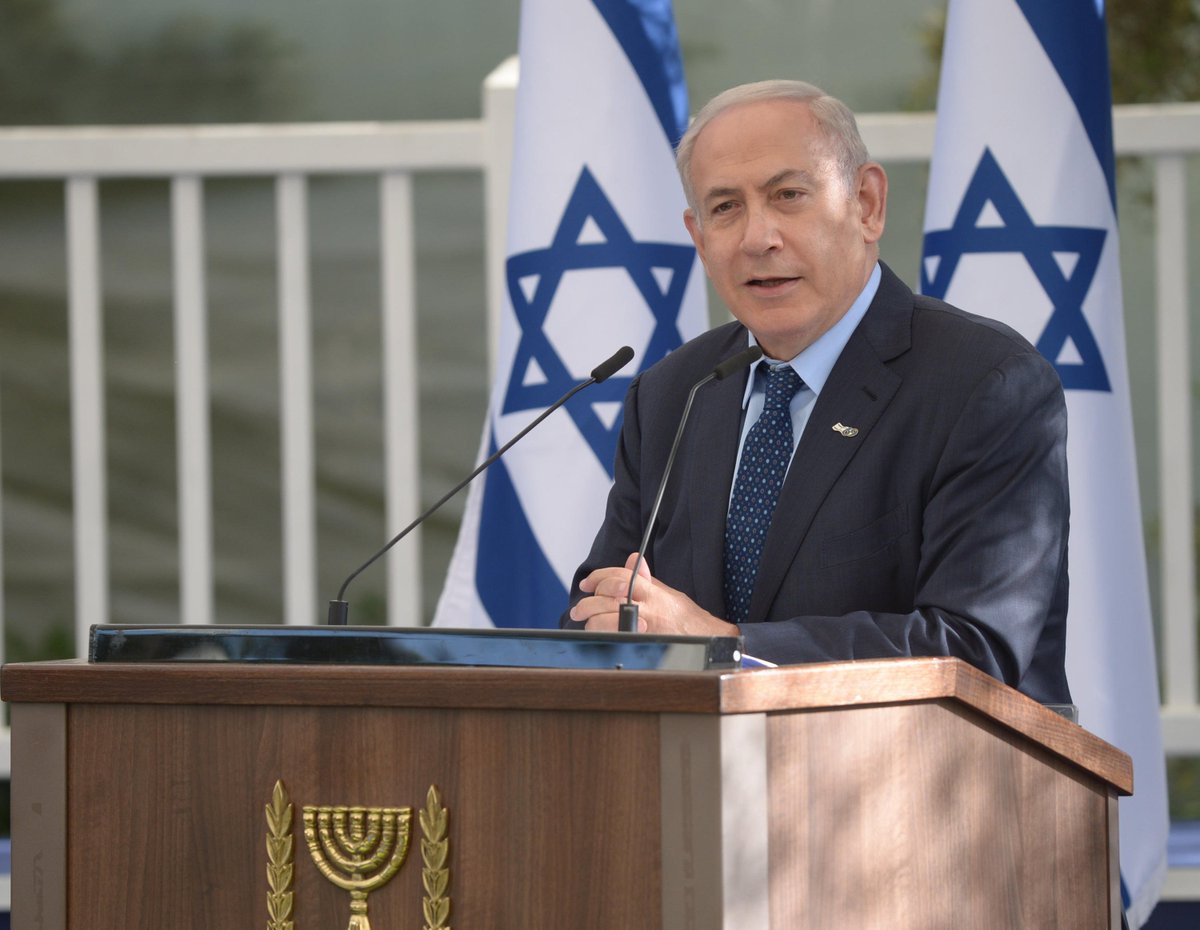 Prime Minister Netanyahu’s Greeting on Israel’s 69th Independence Day
Happy Independence Day to all of our friends around the world!further added byhis tweets ,Israel will not sit by while the organization calls for the denial of our sovereignty in Jerusalem.

With Abbas presenting new documents to get peace in West Bank the testaments are short of cultivating peace as per Israel version but the nations across the globe want to have peace and hectic efforts are in the intention of US preside-mt but how far this intention and efforts shall be success to buy peace in the region and can help to bring some reprieve in the Syria regions with dialogues moves on for peace.

US President Donald Trump vowed on Wednesday to do “whatever is necessary” to broker peace between Israel and the Palestinians, as he hosted Palestinian President Mahmoud Abbas at the White House, but gave no sign of how he could revive long-stalled negotiations.

In their first meeting, Trump pressed Abbas to do more to stop “incitement to violence” against Israelis and, according to the White House, urged him in private to halt payments to families of Palestinian prisoners held in Israeli jails, a demand long pressed by Israel.

Even as Trump boldly predicted he would achieve peace where other presidents had failed, he stopped short of explicitly recommitting his administration to a two-state solution to the decades-old conflict, a long-standing foundation of US policy.

Some Palestinians said they were disappointed by the omission.

Despite what many experts see as a long-shot bid, Trump told Abbas: “I will do whatever is necessary…. I would love to be a mediator or an arbitrator or a facilitator, and we will get this done.”

Abbas reasserted the goal of a Palestinian state, saying it must have East Jerusalem as its capital with the borders that existed before the 1967 Middle East war. Most Israelis want all of Jerusalem as their capital and reject a full return to 1967 borderlines as a threat to their security.

Trump has faced deep skepticism at home and abroad over the chances for him to achieve any quick breakthrough, not least because his administration has yet to articulate a cohesive strategy for restarting the moribund peace process.

Trump sparked international criticism at the time, when he appeared to back away from a two-state solution, saying he would leave it up to the parties to decide.

Palestinian statehood has been the objective of successive US administrations and the international community. The meeting with Abbas, the Western-backed head of the Palestinian Authority, was another test of whether Trump, in office a little more than 100 days, is serious about pursuing the kind of comprehensive peace deal that eluded his predecessors.

Trump insisted he was ready to try to reach the “toughest deal.” But when he later sat down to lunch with the Palestinian leader, he said it was “maybe not as difficult as people have thought over the years.”

Trump, who said he decided to “start a process” but offered no new policy prescriptions or timetable, may be underestimating the challenge when trust between the two sides is low, analysts said.

“You can’t just pretend you only have to handle a few key issues and that’s it,” said David Makovsky, a member of Obama’s negotiating team during the last talks, which collapsed in 2014.

Still, plans are being firmed up for Trump to visit Netanyahu in Jerusalem and possibly Abbas in the West Bank on May 22 and 23, say people familiar with the matter.

That has sparked speculation about a meeting of the three US and Israeli officials have declined to confirm the visit.

Trump and Abbas appeared friendly but businesslike as they stood at side-by-side lecterns. But that was a far cry from the way Trump and Netanyahu interacted in February.

Abbas promised that under “your courageous stewardship and your wisdom, as well as your great negotiating ability,” the Palestinians would be partners seeking a “historic peace treaty.”

But under pressure at home to avoid major concessions, the 82-year-old leader said: “It’s about time for Israel to end its occupation,” referring to Jewish settlements in the West Bank.

Abbas, however, did not repeat in public his demand that Israel freeze settlement construction on land Palestinians want for a state as a condition for negotiations.

US lawmakers have warned that Palestinian funding could be cut off unless Abbas halts PLO stipends to families of prisoners whom Israel considers terrorists but many Palestinians see as heroes.

There was no indication Abbas, who governs in the West Bank while Hamas rules Gaza, bowed to pressure on the issue, especially with hundreds of Palestinian prisoners on hunger strike.

In Gaza, Hamas spokesman Sami Abu Zuhri said the promises Abbas made at the White House “don´t obligate anyone.”

Questions have been raised about Trump´s choice of son-in-law Jared Kushner to oversee the peace initiative, along with Trump’s longtime business lawyer, Jason Greenblatt, as envoy.

Efforts to enlist Israel´s Sunni Arab neighbors, who share Israeli concerns about Shi´ite Iran, to help rejuvenate peacemaking, have yet to yield results.

But Trump’s unpredictability has even at times rattled a close ally like Israel.

His pro-Israeli campaign rhetoric suggested he might give Netanyahu free rein. But Trump’s promise to move the US embassy to Jerusalem from Tel Aviv is on the back burner, and he caught Netanyahu off-guard by asking him to put unspecified limits on settlement activity. Media agencies