Ten people were killed when a small plane crashed into a house just outside the Philippine capital on Saturday, police and aviation officials said. 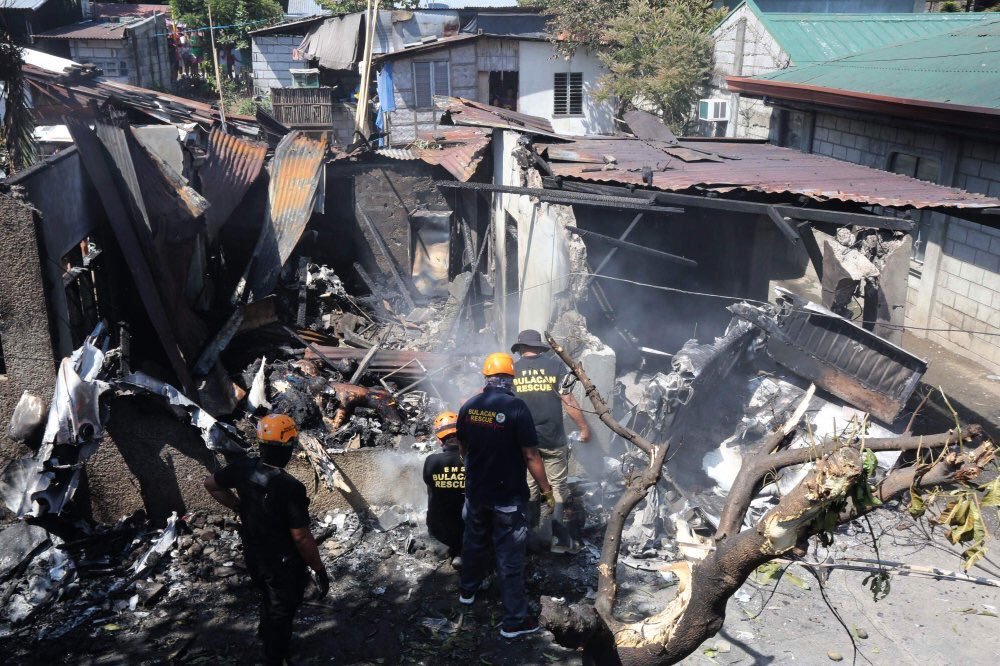 The twin-engine aircraft crashed shortly after taking off in Plaridel town, killing all five aboard as well as three children, a mother and a grandmother from the family in the house, said Superintendent Julio Lizardo.

“We had to dig through the rubble to find the bodies,” he said, explaining why the toll rose from an initial figure of seven dead.

Officials declined to say what may have caused the crash of the Piper PA-23 Apache, operated by a local charter company. Media agencies