Russian has said shall take retaliatory actions so have they asked British embassy 23 diplomats to leave. The retaliatory measures were communicated to British ambassador Laurie Bristow, when he was summoned before  the foreign ministry in Moscow this week.

Moscow times reports Russia has decided to expel 23 British diplomats who must leave Moscow within a week, its foreign ministry said on Saturday, after a meeting with Britain’s ambassador to Russia, Laurie Bristow.

In retaliation for British Prime Minister Theresa May’s decision to kick out 23 Russians, Moscow has also decided to close the British Council in Russia and to withdraw permission for Britain to open a general consulate in St Petersburg, the ministry said in a statement. 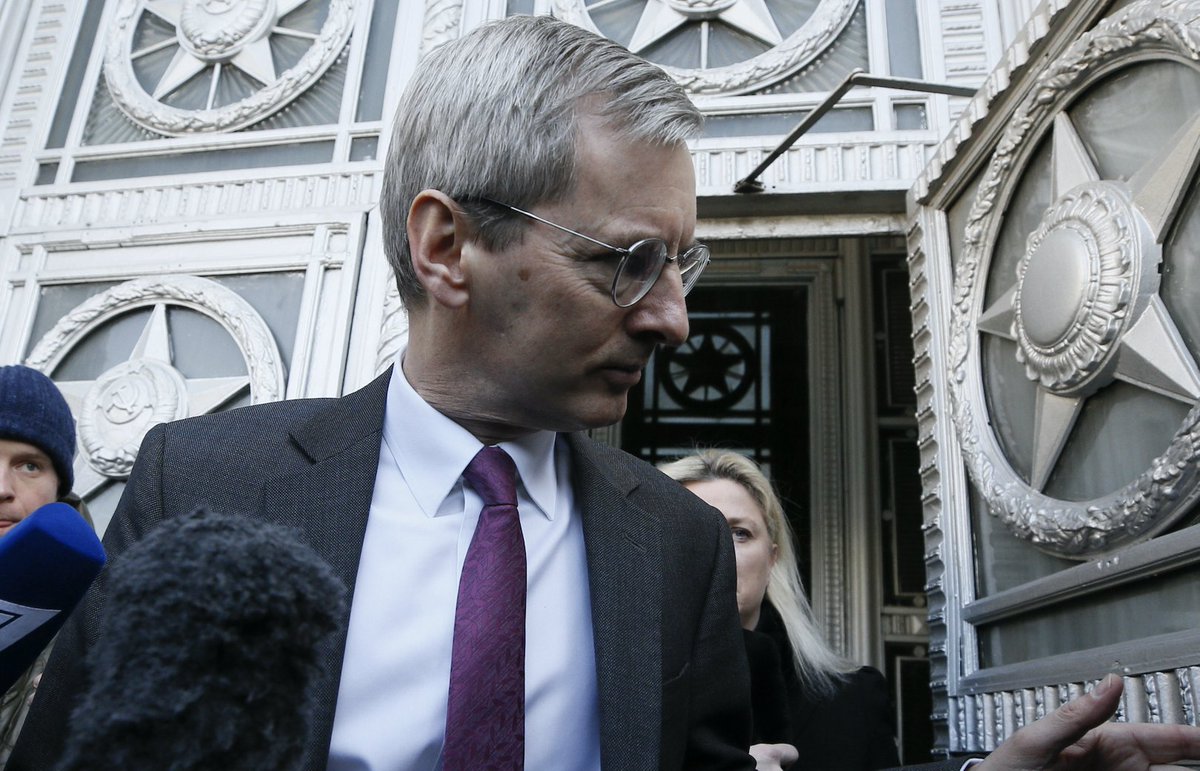 Russia announced Saturday it will expel 23 British diplomats and halt the activities of the British Council in response to London’s “provocative” measures over the poisoning of a former Russian double agent and his daughter.

“Twenty three diplomatic staff at the British embassy in Moscow are declared persona non grata and to be expelled within a week,” the foreign ministry said in a statement after summoning the British ambassador Laurie Bristow.

It said the move was a response to Britain’s “provocative actions” and “baseless accusations over the incident in Salisbury on March 4,” referring to the poisoning of Sergei and Yulia Skripal with a nerve agent developed in the Soviet Union, which Britain has blamed on Russia.

Russia also said it was halting the activities of the British Council, Britain’s international organisation for cultural relations and educational opportunities, across the country.

“Due to the unregulated status of the British Council in Russia, its activity is halted,” the foreign ministry said.

And the ministry had also warned Britain that “if further unfriendly actions are taken towards Russia, the Russian side retains the right to take other answering measures.”