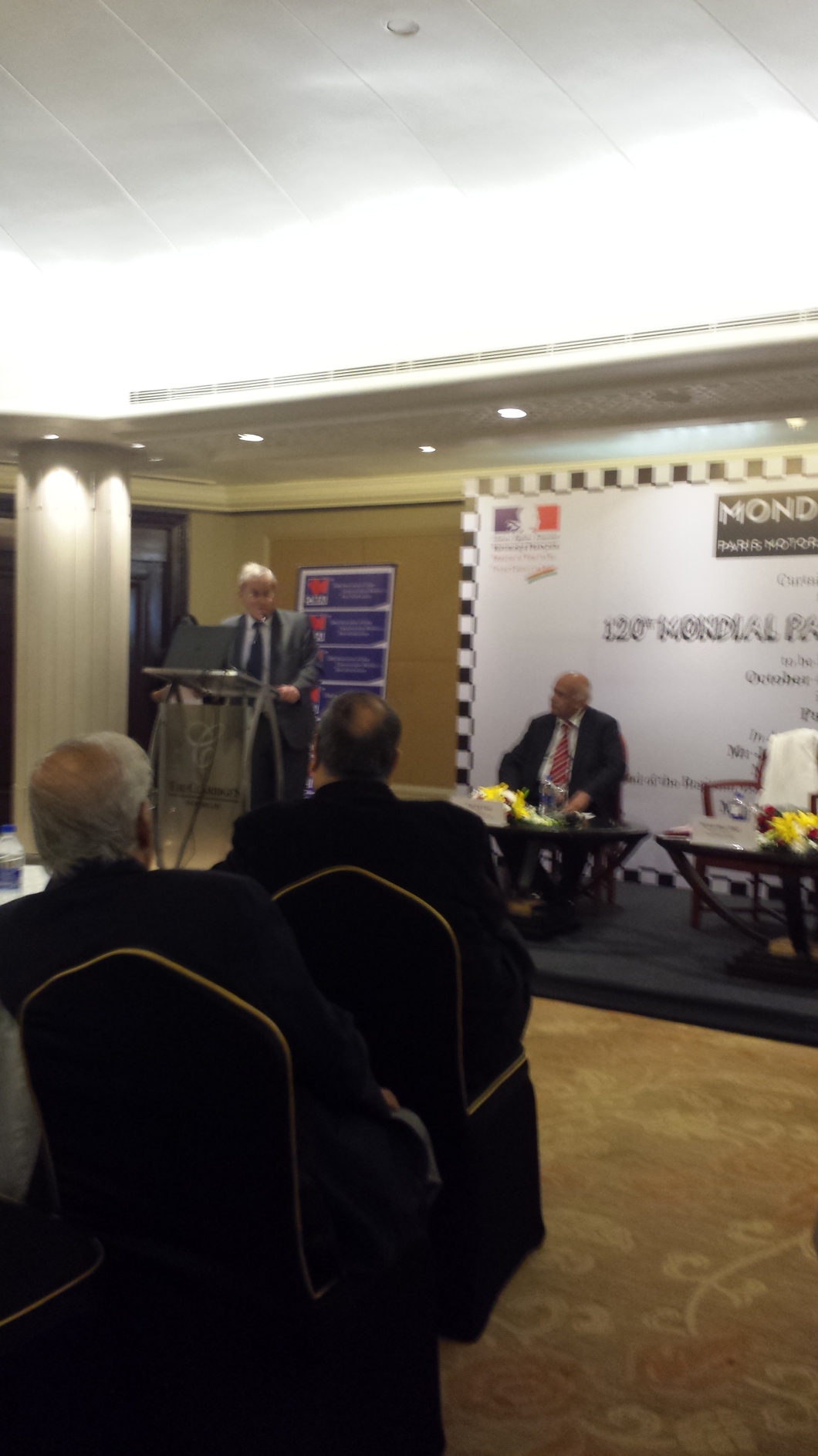 Paris expo Porte de Versailles
A NEW COMMUNICATION CAMPAIGN FOR THE MONDIAL PARIS MOTOR SHOW
After creating a new graphic identity for all its brands (Mondial Paris Motor Show, Mondial de l’Auto, Mondial de la Moto, Mondial de la Mobilité and Mondial.Tech), the Mondial Paris Motor Show unveils its new advertising campaign. It will be revealed to the general public in the press and on bill boards starting April and aired on TV next September.
With its sober design, this campaign shows with humour and self-mockery – both for the billboard and the TV campaign- different driving habits. Two different design concepts have been imagined, one for the press and billboard campaign, the other for the advertising film. Each concept has been developed as a mini-series.
The visual items of the press and billboard campaign have borrowed their elegant style to the world of luxury. Hands of automobile and motorcycle drivers, both men and women, are showed in driving position. The visitors are thus projected behind the wheel or handlebar of their dream vehicles. The Irish art photographer Cormac Hanley created this 4-poster series especially for the 2018 Mondial Paris Motor Show.
As for the advertising film, it features Stephan Fahr-Becker, an automobile designer passionate of anything on wheels, performing mimes and sounds, pretending alternately to be driving a sports vehicle, an electric car, a motorcycle and a scooter in four different films.
This campaign shows the evolution of automobile shows towards communication. This appears clearly in the many new features of the next edition both in terms of content and experience for the visitors.
Its ambition is also to restore the value and status of the Mondial Paris Motor Show while preserving the passion and emotion which have characterized this historic rendezvous for 120 years.
According to Lucas Mongiello, Art Supervisor at the Havas Paris agency: «This brand campaign focuses on experience; an experience which brings to life imagination and pleasure of driving. For children and adults, whether you love convertibles, sports bikes, electric cars or scooters, the Mondial Paris Motor Show promises to deliver a strong experience of pleasure and emotion. » « Manners matter. Good looks are bonus. Humour is a must. »
A new website for a renewed experience! For its 120th anniversary, the Mondial Paris Motor Show offers its visitors a new, modern and complete website. It integrates social networks and reaches out to web users who will have the possibility of choosing between their passions: Mondial de l’Auto, Mondial de la Moto, Mondial de la Mobilité. In addition to the usual features of the website – useful information, maps, news, happenings, ticket sale- many new features will be available such as the section “120 years of innovation” presenting the History, posters and pictures of the Show. Carefully designed Exhibitor pages will be available to all visitors who will discover the events organised by the makes as well as all their models. They will also be able to book their test drives… And, for the first time, visitors will have the possibility of creating a personal “My Paris Motor Show” space: the best way of preparing their visit by downloading their own ideal tour of the Show! Visitors will thus receive all necessary information and will have the chance to participate in many games. They will also have access to our good deals available on the Mondial Paris Motor Show.