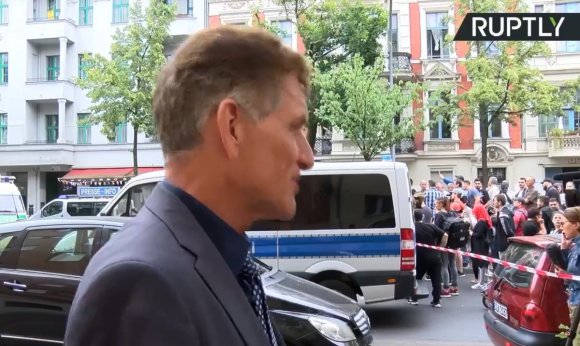 “Police have been deployed because of the suspicion of a dangerous situation in a primary school,” police reported.

Students and teachers were led from the building, police later stated, urging local residents to avoid the area.

German tabloid newspaper B.Z. reported that, before the police operation in the area, witnesses had noticed ‘suspicious people’ entering the school building.

Police received a call from a person who claimed to have spotted two suspicious persons entering the school, police spokesman Thomas Neuendorf said, adding that the call triggered the operation. However, the officers have not yet found anybody suspicious, the spokesman added.

We have set up a rallying point for press representatives in the Prince Avenue 25. Here you will find information about our police mission in #Gesundbrunnen our police spokesman Thomas Neuendorf.

“The search at the school, in which we #SEK are also involved, has not so far led to the determination of suspicious persons.” (police spokesman Thomas Neuendorf)

All the people from the school are now being carried out by our college. In the Protestant Stephanuskirche (Prince Avenue/Soldiner str.) in escort #Gesundbrunnen ed

We are in #Gesundbrunnen with up to 250 college. In use. These include our strip teams, hundreds, dog guides, but also our loudspeaker crews, the special SWAT as well as the pastoral care for children and school staff.