Macedonia’s name changed to the Republic of North Macedonia

Greece and Macedonia managed to achieve a breakthrough on Tuesday, after both the country’s agreed to rename the Balkan country “North Macedonia.” 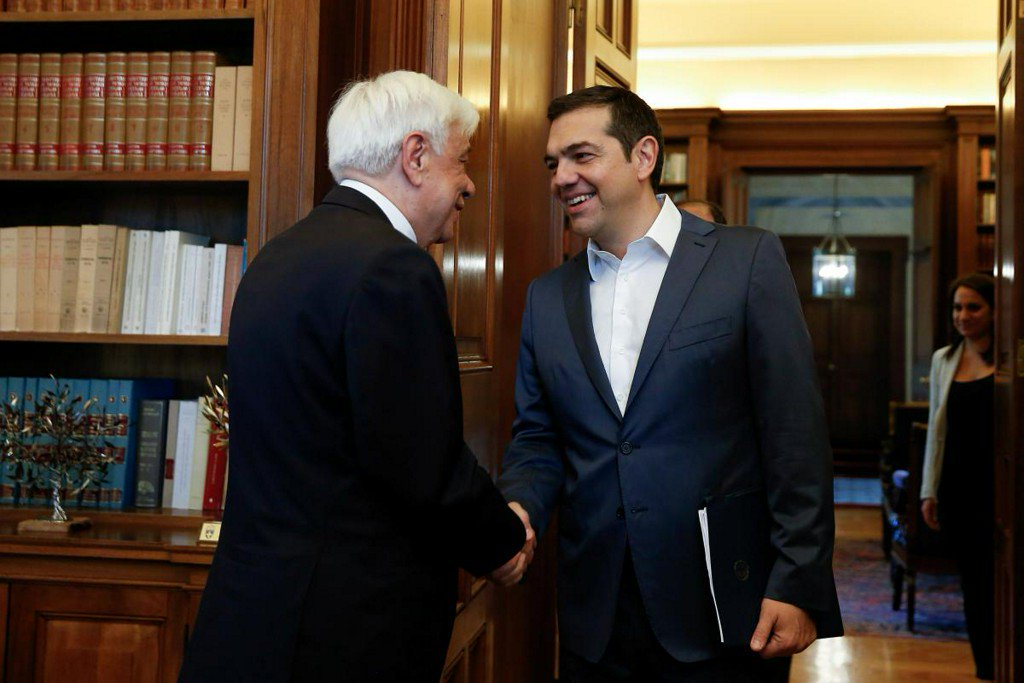 The decision, which could end a bitter 27-year-old dispute between both the nations, was also made after Greece vowed to lift its veto on its northern neighbour joining the European Union and and the North Atlantic Treaty Organization (NATO).

On Tuesday, Greek Prime Minister Alexis Tsipras and his Macedonian counterpart Zoran Zaev reportedly held a telephonic conversation, after which the decision was made.

The decision puts an end to a bitter dispute that both the countries have been locked in for 27 years now, that has led to years of protests and endless diplomacy.

As part of the agreement, Macedonia’s name would be changed to the Republic of North Macedonia, or Severna Makedonija in Macedonian and the English name could be used as well as the Slavic term.

The name was chosen to reflect the existence of the Greek region of Macedonia on the other side of the border and the cultural claim by Greeks.

The countries announced that the new name would be used both internally by the government and externally when conducting foreign affairs and in return, Greece would lift its vetoes on the country joining the EU and NATO.

Announcing the agreement in a television press conference after giving details of the deal to the Greek president, Tsipras said, “The name change will be implemented not only in the country’s international relations but also domestically.”

Tsipras added that the 140 countries which had recognized the Balkan state simply as Macedonia would now recognize it as Republic of Northern Macedonia.

He said, “This achieves a clear distinction between Greek Macedonia and our northern neighbors and puts an end to the irredentism which their current constitutional name implies,” adding that Macedonia “cannot and will not be able in the future to claim any connection with the ancient Greek civilization of Macedonia.”

Meanwhile, describing the deal as a “historic agreement of the century,” the Macedonian Prime Minister called on the opposition to back the name change.

He said, “We have been solving a two-and-a-half decade dispute … that has been drowning the country,” adding that the deal “will strengthen the Macedonian identity.”  He urged for support by pointing out that the agreement would guarantee access to the EU and NATO.

Balkan state would be able to call itself the “Republic of Northern Macedonia” (formerly “Former Yugoslav Republic of Macedonia”). This title would allow for Skopje’s eventual entry into NATO and the European Union, previously blocked by Greece because it says the use of the name “Macedonia” implies a territorial claim on a northern Greek province of the same name. Greece agreed to recognise its northern neighbour as ‘Republic of North Macedonia’ on Tuesday, ending a decades-long dispute over the name of the former Yugoslav republic.

However, the deal struck on Tuesday still has a few hurdles to cross as nationalists in both countries are opposed to compromise, which could still derail the accord.

The agreement would now have to be ratified by the parliaments in both the countries.

Macedonia however, insisted that the statue is of a “warrior on a horse” rather than the ancient Greek hero.

Over the years, a number of alternatives have been suggested by both sides, which have included Gorna Makedonija (Upper Macedonia), Nova Makedonija (New Macedonia) and Ilinden Macedonia.