Fire devastated one of the world’s top art schools once again on Saturday, destroying four years of restoration work after a previous blaze ripped through the historic Glasgow School of Art. No casualties , but thinking of the heartbroken students and staff after the magnificent Glasgow School of Art went up in flames for the second time in four years 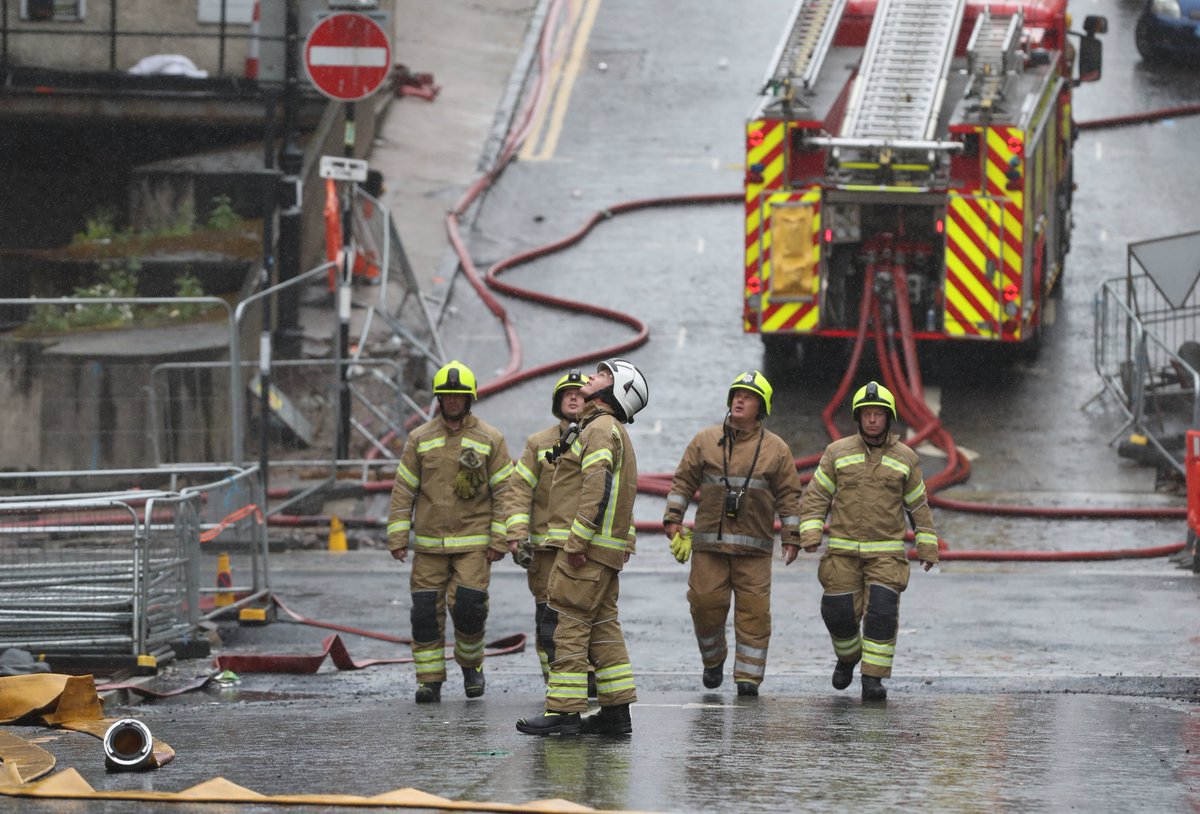 A restoration project, set to cost between Â£20 million and Â£35 million ($26.5 million and $46.5 million; 23 and 40 million euros), had been returning the world-renowned institution to its former glory following a fire in 2014.

But much of that work has been wrecked, firefighters confirmed, after rushing to tackle the inferno which broke out at around 11:20 pm (2220 GMT) on Friday.

No casualties were reported.

He said firefighters who had battled to save the building four years ago were distraught to be back at the scene after it went up in flames again.

“The fire has had a good grip of this building and it’s extensively damaged it, but the emotional attachment — there is a sense of loss not just amongst the firefighters but I am sure the citizens of Glasgow.”

Asked if any of the restoration work had been destroyed, Heath replied: “Given the extent of the fire, that would be a fair comment.”

Scottish First Minister Nicola Sturgeon said her heart “breaks for Glasgow’s beloved” art school, which is housed in one of Britain´s most cherished buildings.

“It is hard to find words to convey the utter devastation felt here and around the world for the iconic Mackintosh building,” she said.

Local residents were evacuated from their homes with the glow from the blaze visible across the city centre.

The fire affected all floors of the art school and spread to a nearby campus and a nightclub.

Writing on Twitter, Paul Sweeney, a Glasgow MP, said: “It looks like the entire interior space is now fully alight. The best we can probably hope for is structural facade retention and a complete rebuild of the interior.”

Britain’s Scotland Secretary David Mundell said he was at the school only a fortnight ago to see the restoration work.

He said the government “stands ready to help, financially or otherwise”.

The previous blaze was in May 2014, badly damaging the building designed by the architect Charles Rennie Mackintosh.

A Glasgow-born architect and designer, Mackintosh (1868-1928) was a leading exponent of Art Nouveau, whose distinctive lines and lettering remain influential.

He won a competition to design the building in 1897 and it took around 10 years to complete. It is now a landmark in the city with special government-protected status.

The 2014 blaze began when a projector ignited gases from expanding foam used in a student project, a fire investigation found.