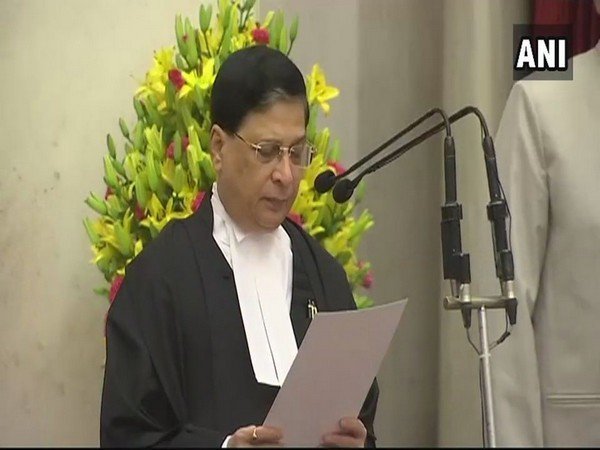 Reports ANI : Chief Justice of India (CJI) Dipak Misra, who was reading out the judgment in the Delhi government – Lieutenant Governor power tussle case on Wednesday said that the L-G’s role cannot be obstructionist.
CJI Misra said that the L-G must work harmoniously with the state and the council of ministers have to be constantly aligned.
“L-G cannot act independently unless where the Constitution allows. L-G cannot be an obstructionist, he must take advice from the Council of Ministers. The Council has to inform the L-G of its decisions. The L-G must work harmoniously with the state, the L-G and council of ministers have to be constantly aligned. There is no space for anarchy,” the CJI said.
The CJI further said that the relationship between the Centre and the State Government should be healthy.
He added, “Obeying the constitution is everybody’s duty and responsibility. The relationship between the Centre and the State Government should be healthy.”
Meanwhile, another judge said, “Lt Governor cannot refer all matters to the President.” It also added, “Delhi cannot have full statehood in view of an earlier nine-judge judgment.”
On December 6 last year, the top court had reserved its judgment on the plea of the Aam Aadmi Party (AAP) government challenging the DelhiHigh Court’s August 4, 2016 ruling, which stated that Delhi is a Union Territory and the Lieutenant Governor is its administrative head. The judgment further said that the L-G is not bound by the aid and advice of the council of ministers.
In November last year, a five-judge Constitution Bench of the Supreme Court observed that the AAP government in Delhi needs the Lieutenant Governor’s nod to govern the national capital, but the L-G cannot sit on files beyond a reasonable period.
The bench, comprising Chief Justice Dipak Misra and justices A K Sikri, A M Khanwilkar, D Y Chandrachud and Ashok Bhushan had reserved the verdict in the case after a 15-day long hearing.
However, the Centre told the apex court that the AAP cannot claim privileges of a state government, as Delhi is a Union Territory.
The Centre also refuted allegations of the Arvind Kejriwal-led government that the Lieutenant Governor sat on files sent by the government for their execution.
The power tussle between the Delhi government and the Lieutenant Governor has been on since the formation of the AAP government in the state.
Recently, Kejriwal, along with Delhi‘s Deputy Chief Minister Manish Sisodia and others, sat on a nine-day sit-in strike against DelhiLieutenant Governor Anil Baijal at the latter’s office-cum-residence.
Kejriwal and other ministers urged Baijal to direct the Indian Administrative Service (IAS) officers working under the Delhiadministration to end their “undeclared strike.” (ANI)