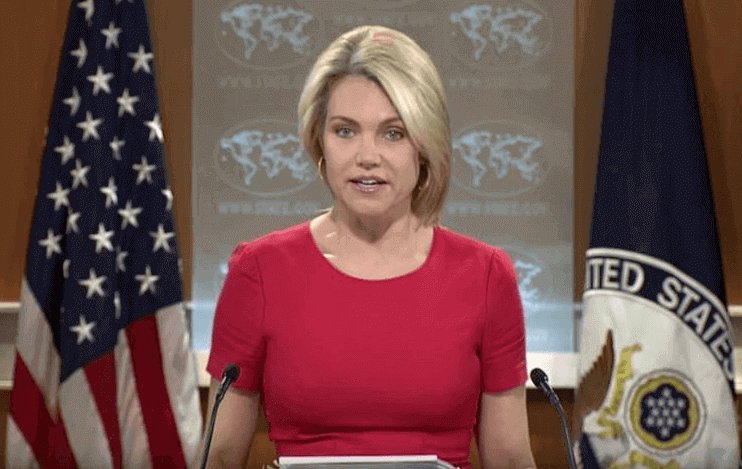 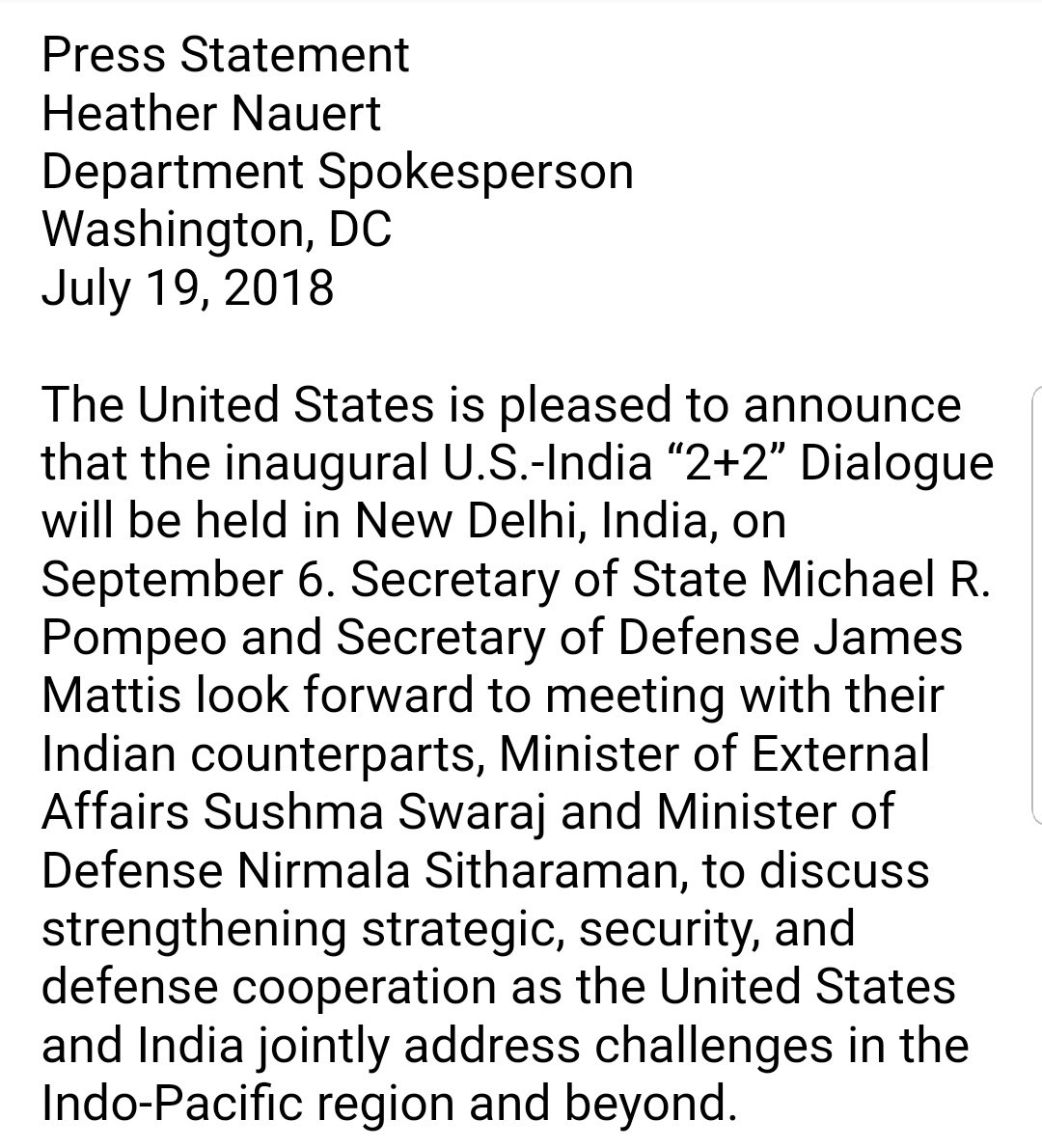 We are pleased to announce the upcoming U.S.-India 2+2 Dialogue on Thursday, September 6. We look forward to productive discussions between our two countries on ways to strengthen #USIndia strategic, security, and defense cooperation. #USIndia70

US State Department has announced that the inaugural ‘two-plus-two dialogue’ between India and the United States will be held in New Delhi on September 6. Last month, the US had postponed the dialogue due to ‘unavoidable reasons’.

State Department Spokesperson Heather Nauert said in a statement that India and US will discuss strengthening of strategic, security and defence cooperation as both the nations jointly address challenges in the Indo-Pacific region and beyond.

The dialogue was announced last year during Prime Minister Narendra Modi’s meeting with President Donald Trump at the White House.

The dialogue is seen as a vehicle to elevate the strategic relationship between the two countries.