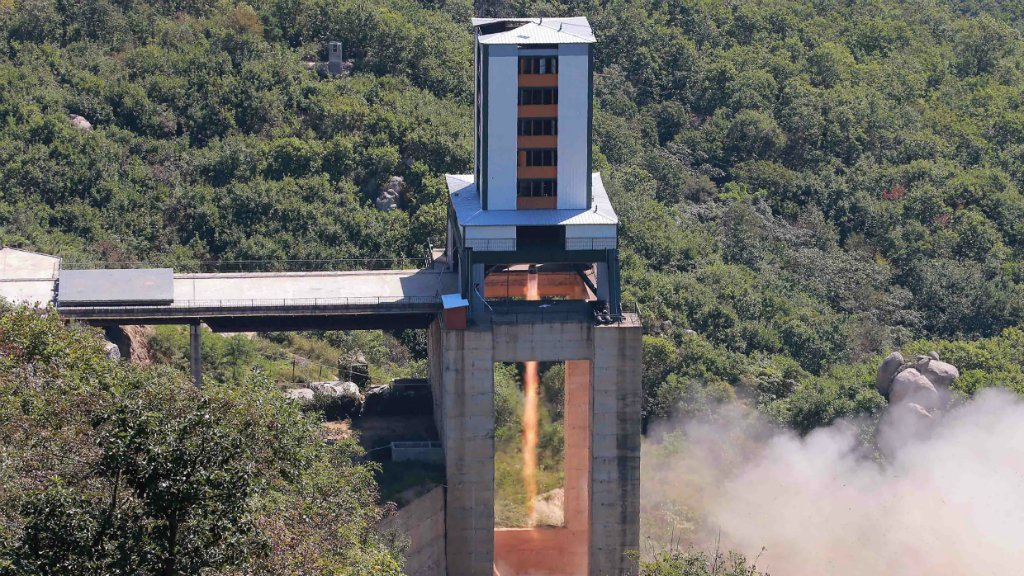 North Korea has begun dismantling key facilities at a site used to develop engines for ballistic missiles, according to an analysis of satellite imagery of the location, the first significant step towards denuclearisation following last month’s historic summit between Kim Jong-un and United States President Donald Trump.
The Sohae Satellite Launching Station has been the main site for North Korean satellite launches since 2012.
The testing facilities at the site are thought to play a role in the development of liquid-fuel engines that can also be used in North Korea’s ballistic missile programme.
The images published by 38 North, a US-based website focused on North Korea that is affiliated with the Stimson Center in Washington, were taken on July 20 and July 22, respectively.
New commercial satellite imagery of the Sohae station indicates that the North has begun dismantling key facilities, the 38 North said in a report.