CPR-CSH : ‘A continuum of slums with varying policy needs and little upward mobility: 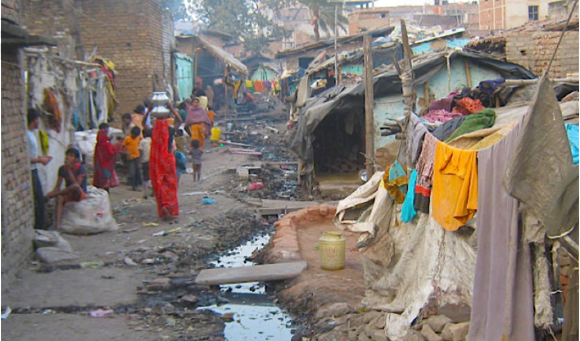 Projections suggest that most of the global growth in population in the next few decades will be in urban centres in Asia and Africa. Most of these additional urban residents will be concentrated in slums. However, government documentation of slums is incomplete and unreliable. Slums and slum dwellers are systematically under-counted in India. It is necessary to employ creative methods to locate and sample these understudied populations. We used satellite image analysis and fieldwork to build a sample of 279 diverse slums in 3 cities – Bengaluru, Jaipur, and Patna. Neighborhood surveys as well as individual interviews with 8,257 households show that living conditions vary along a wide-ranging continuum of wellbeing. Most variation in conditions is due to differences across rather than within slum neighborhoods.

Contrary to popular belief, there is little evidence of upward mobility in slum settlements. Slum notification has a significant impact on housing prices, however, the incremental returns for households with “titles” are disappointing. An active informal market-place exists that produces quasi-official documents and helps buyers and sellers transact informal properties. These findings have important implications for urban policy. First, satellite data can be a useful tool to locate undocumented settlements. Second, policy must be appropriately nuanced to respond to wide-ranging needs. There can be no one-size-fits all slum policy. Third, recognising the preponderance of informal property transactions, there is need to consider an alternative property registry.

Anirudh Krishna (PhD in Government, Cornell University, 2000; Masters in Economics, Delhi University, 1980) is the Edgar T Thompson Professor of Public Policy and Political Science at Duke University. His research investigates how poor communities and individuals in developing countries cope with the structural and personal constraints that result in poverty and powerlessness. His most recent book – The Broken Staircase: The Paradox and Potential of India’s One-Billion (Penguin, India and Cambridge University Press, 2017) – examines why poverty persists despite rapid growth and addresses way to overcome inequality of opportunity.

He has authored or co-authored five other books, including One Illness Away: Why People Become Poor and How they Escape Poverty (Oxford, 2010), and more than sixty journal articles and book chapters. Krishna received an honorary doctorate from Uppsala University, Sweden in 2011; the Olaf Palme Visiting Professorship from the Swedish Research Council in 2007; the Dudley Seers Memorial Prize in 2005 and 2013; and the Best Article Award of the American Political Science Association in 2002. Before returning to academia, Krishna spent 14 years with the Indian Administrative Service, managing diverse rural and urban development initiatives (sites.duke.edu/Krishna).

This workshop is free and there is no registration required. Find all the available videos of our previous workshops, here.