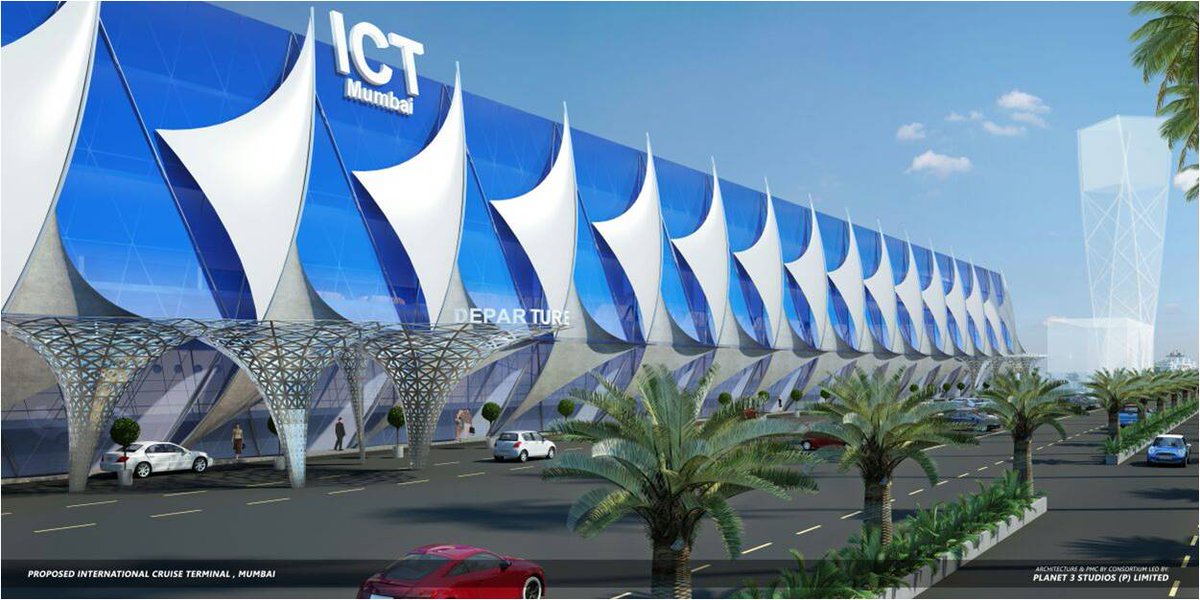 Foundation Stone laid- World-class International Cruise Tourism Infrastructure Development in Mumbai at Mumbai Port Trust under sagarmala. Project Rs. 300 Cr; Expected to draw in 7 lakh tourists per annum. Project expected to complete by Dec 2019 Cruise Tourism. The cruise tourism, another tourism window could boost the economy by creating 2.5 lakh jobs and Rs 35,500 crore in revenue, according to Shipping Minister Nitin Gadkari.
Inaugurating ‘The Dawn of Cruise Tourism in India’ event in Mumbai on Tuesday, the minister said the number of cruise ships visiting India can go up from 158 a year to 955 per annum.

Projects of Rs. 106.39 Cr sanctioned by M/o Tourism for development of cruise terminals in four States

A Task Force on Cruise Tourism has been formed jointly by the Ministry of Tourism and Ministry of Shipping with representatives of all major ports and stakeholders for coordinated efforts to create an enabling ecosystem for the development of Cruise Tourism in India. The Task Force meets regularly and the last meeting of the Task Force was held on 21.05.2018.

The Government has taken following steps to increase the flow of cruise tourists in the country:

(i)    Foreign flag vessels carrying passengers with effect from 6thFebruary, 2009 have been allowed to call at Indian ports for a period of 10 years without obtaining a license from Director General of Shipping. This facility has been extended further for a period of 5 years i.e. up to 5th February, 2024.

(ii)  Standard Operating Procedures (SOPs) for cruise vessels have been revised and operationalized w.e.f. November, 2017 for uniform, redefined processes to be observed by all major ports.

(iii) Immigration counters have been set up at five major ports visited by cruise ships. The facility of E-visa has been extended to five sea ports namely Mumbai, Goa, New Mangalore, Cochin and Chennai.

(iv) Cruise tourists arriving with E-visa have been exempted from the requirement of biometric enrolment for a period of three years i.e. till 31.12.2020 to facilitate expeditious immigration clearance.

(v)   The port charges have been reduced and all major ports now charge a uniform single rate of $0.35 per Gross Registered Tonnage (GRT) for first 12 hours of stay w.e.f 3rd November, 2017 and will remain in force for a period of three years.

(vi) The ports do not levy any priority/ousting/shifting charges for berthing the cruise vessel.

(viii) To address manpower, coordination and logistic issues for handling cruise vessels at ports, Port Level Facilitation Committees have been formed under the respective Chairman of the above-mentioned major Ports to facilitate seamless handling of cruise ships and passengers

The Ministry of Tourism has also sanctioned various projects for the development of Cruise Terminals related infrastructure in Goa, Maharashtra, Kerala and Tamil Nadu at the major ports for Rs.106.39 Crore under the Scheme for ‘Assistance to Central Agencies for Tourism Infrastructure Development’.

This information was given by the Minister of State (I/C) for Tourism Shri. K. J. Alphons, in a written reply in Lok Sabha today.