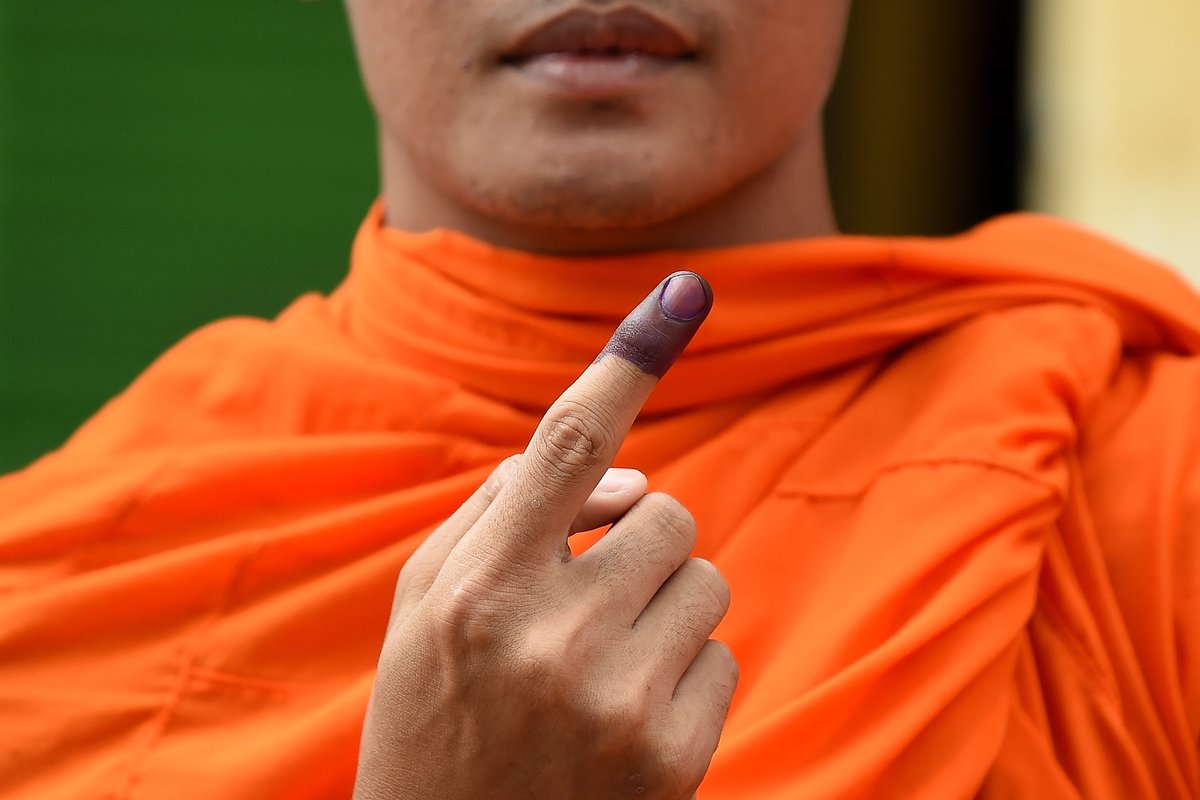 Prime Minister Hun Sen’s ruling Cambodian People’s Party (CPP) said on Monday it had won all 125 parliamentary seats up for grabs in a general election a day earlier that critics said was neither free nor fair.

“The CPP won 77.5 per cent of the votes and won all the parliamentary seats,” CPP spokesman Sok Eysan told Reuters by telephone. “The other parties won no seats.”

Cambodia woke to another chapter of rule by strongman Hun Sen on Monday, a day after an election that was heavily criticised by rights groups, the United States and other Western countries.

The White House said it would consider steps, including an expansion of visa restrictions placed on some Cambodian government members, in response to “flawed elections” in which there was no significant challenger to Hun Sen.

Critics say the election was a backward step for democracy in Cambodia following the dissolution last year of the main opposition Cambodian National Rescue Party (CNRP) and the jailing of its leader, Kem Sokha, on treason charges.

Former CNRP president Sam Rainsy, who lives in exile, said the election was a “hollow” victory for Hun Sen, a former Khmer Rouge commander who has ruled Cambodia for nearly 33 years.

The United States has imposed visa curbs on some Cambodian government members over a crackdown on critics and levied sanctions in June on a high-ranking official close to Hun Sen.

The European Union has threatened Cambodia with economic sanctions.

White House Press Secretary Sarah Sanders said in a statement Sunday’s vote “failed to represent the will of the Cambodian people”.

“The flawed elections, which excluded the country’s principal opposition party, represents the most significant setback yet to the democratic system enshrined in Cambodia’s constitution,” Sanders said. The election campaign was marred by threats from national and local leaders, she said.

“The United States will consider additional steps to respond to the elections and other recent setbacks to democracy and human rights in Cambodia, including a significant expansion of the visa restrictions announced on December 6, 2017,” Sanders said.

CNRP Deputy Director of Foreign Affairs Monovithya Kem told a news conference in Jakarta on Monday the party welcomed the White House statement and hoped others would follow suit.

The CNRP also called on the international community to reject the result of the election.

“29 July 2018 marked the death of democracy in Cambodia, a dark new day in recent history,” said CNRP vice president Mu Sochua. “The result announced by the CPP and the National Election Committee must be fully rejected by the international community.”

Some independent media were targeted by Hun Sen and his allies in a pre-election crackdown.

Polling stations visited by Reuters in the capital, Phnom Penh, were quiet on Sunday and some voters said they voted because not doing so would land them in trouble.

The CNRP had called on voters to boycott the election but authorities warned anyone doing so would be seen as a traitor.

At the Kapkor Market in Phnom Penh, Meas Sinuon, 60, said she was pleased with Sunday’s result.

“This government has done good things already,” she said as she shopped for groceries. “But I want the new government to do more to help the people.”

Another voter, a Phnom Penh tuk-tuk driver who declined to be identified, described the result as “same same”.