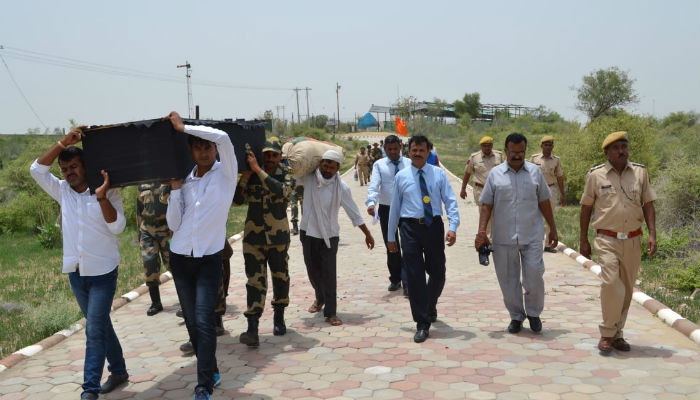 Pakistani authorities handed over on Tuesday the body of an Indian woman—died due to illness in the country – to India at Khokhrapar-Munabao border.

“The body arrived at Munabao in Barmer district from Pakistan via the Khokhrapar-Munabao zero point road route on the Indo-Pak border. Formalities are being completed to hand over the mortal remains to Reshma’s family members,” an official of the Barmer district administration said.

The 65-year-old woman from Rajasthan’s Barmer district, identified as Reshma, alongside her son Saheb had arrived in Pakistan on June 30 to meet her sisters. However, she passed away two days before her return to India on July 25.

Following the death, Indian External Affairs Minister Sushma Swaraj had assured help to her family members in the repatriation of mortal remains.

Swaraj in a tweet had asked Indian High Commissioner to Pakistan Ajay Bisaria to help the family members after which he replied: “We are getting in touch with the family in this sad case. Will facilitate the repatriation of remains.”