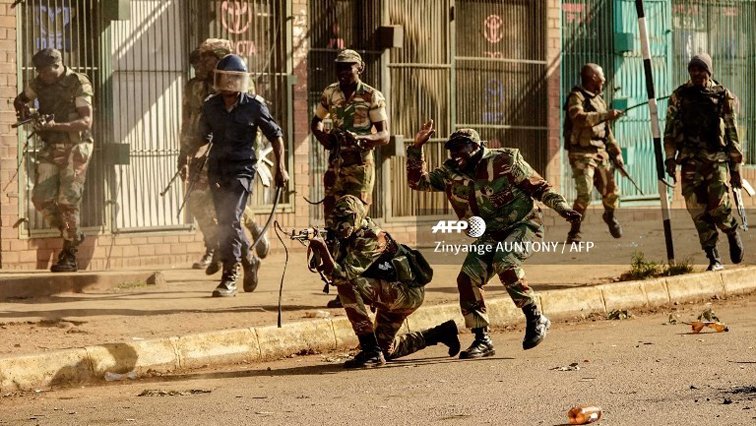 At least three people have been killed in the Zimbabwean capital Harare after violent clashes erupted over the outcome of the presidential and parliamentary vote held on Monday. As the tension between police and protesters ramped up on Wednesday, the authorities deployed the military to the streets, who used live rounds to quell the unrest. Zimbabwean president and leader of the ruling Zimbabwe African National Union – Patriotic Front (ZANU-PF) Emmerson Mnangagwa, one of the 23 candidates on the presidential ballot, blamed the opposition for inciting violence in order “to disrupt electoral process.” The opposition, meanwhile, accused the government of deliberately delaying the results in an alleged attempt to rig the vote. Mnangagwa’s main contender, opposition leader Nelson Chamisa from the Movement for Democratic Change (MDC), has already claimed he has won the election. The country’s electoral commission said on Wednesday it would set the date for the release of the final results “sometime tomorrow.”

Zimbabwe’s Justice Minister Ziyambi Ziyambi said the army was deployed on the streets of Harare on Wednesday to disperse a violent crowd and to restore “peace and tranquility.” The presence of the army “is not to intimidate people but to ensure that law and order is maintained,” according to the minister.  “They are there to assist the police,”Ziyambi said on television. “They are there as a people’s army to ensure that peace and security prevails.” Ziyambi added that he had not heard whether people were injured by the army. The troops were deployed to quell protests over this week’s presidential election, Media reports.