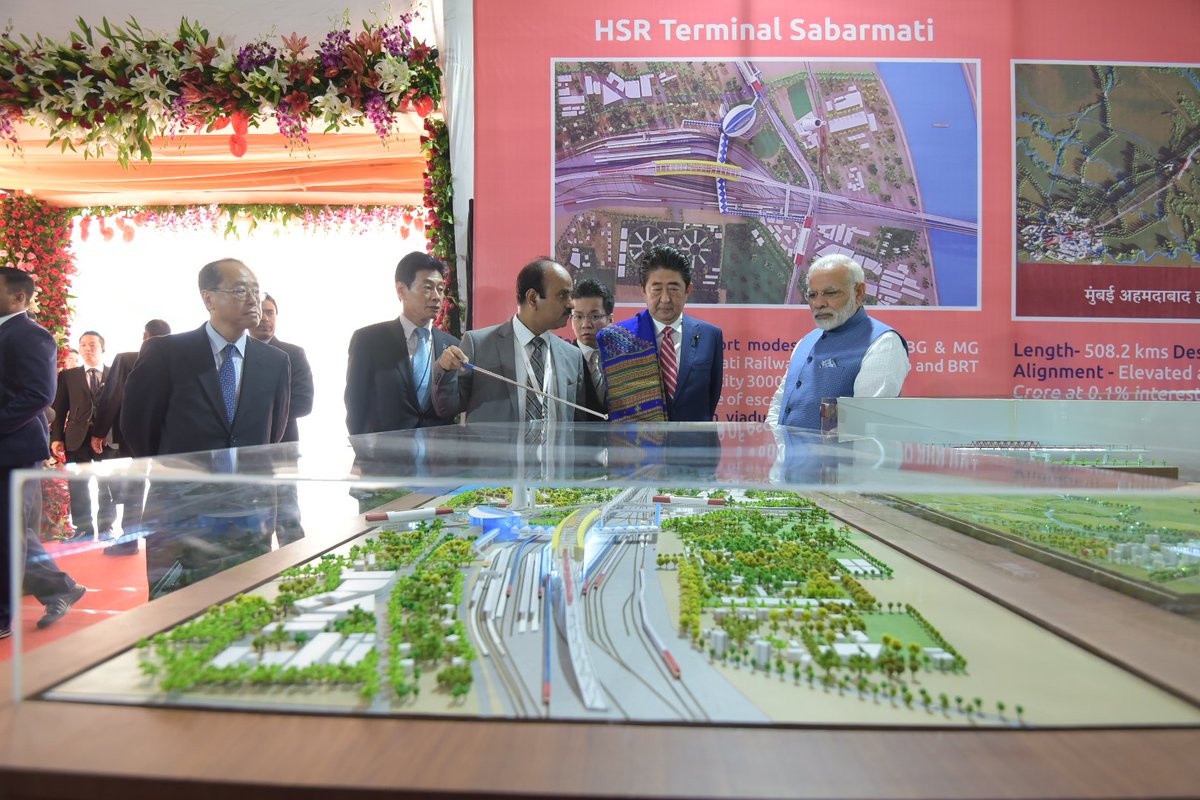 New Delhi, August 2 : Bullet train is pure megalomania of a despot and symbol of misplaced priorities of NDA government. India needs Mass Rapid Transport Systems which is affordable and efficient and truly green, not these white elephants which will push the country in further debt trap for a long time to come. This was conveyed at the public meeting organised by Bhumi Adhikar Andolan at Constitution Club, Delhi which saw participation of activists, researchers and parliamentarians.

A report released by National Alliance for People’s Movement (NAPM) at the meeting found that Chapter 12 to 15 went missing in the feasibility report. These chapters deal with crucial details on project costs, implementation plan, financing options, and economic and financial analysis. The report named as Mumbai-Ahmedabad High Speed Rail (Bullet Train), A People’s Critique cited that the government’s report did not illuminate any sustainability model and did not mention the costs and its financial burden upon the citizens.

The bullet train project which the PM Modi mentioned as his dream has attracted criticism for not following the procedures stipulated in the Land Acquisition Act 2013. The report questions that if the government is using data collected in 2011 as the feasibility report was based on the data collected then. Apart from that the also report do not contain the detailed project report (DPR) for the bullet train project.

The report citing a Right to Information Act (RTI) mentions “the concerned authority simply cited ‘secrecy’ reason that might affect business completion” to justify the withholding the crucial information.

The bullet train project’s scheduled completion date fixed for August 15th, 2023 have been accused that the due process such as social an environmental assessment has not been carried out as mentioned in the Land Acquisition Act 2013. A number of projects including expressways, industrial corridors, dedicated flight corridors, existing expansion of the railway line and now the Bullet train is all coming within a short stretch, creating havoc in lives of the people. The protests till now have fallen on deaf ear and met with more propaganda. However, it has also forced stopping of survey and acquisition processes. The meeting vowed to continue and increase the resistance against this unnecessary and unrequited project.

According to government estimates the bullet train will have 40,000 passengers in a year in 2013, a claim which the people’s critique out-rightly debunked citing the present day passenger traffic data from the feasibility study. The Mumbai-Ahmedabad route sees a footfall of 4700 per day in the airports and to assert their point about over estimate figures of commuters Geeta Tiwari, a professor at the Delhi IIT said that 98 percent of travelers who use Airways choose bullet train which means that only those who have certain income they seem to opt for the high speed train.

Releasing the report, Gujarat based environmentalist and social activist Rohit Prajapati termed the consultation report on environment as mockery and said, “notification for the consultation were issued just 24 hours before which appears as a mere formality and it is not in compliance with the Land Acquisition Act.” It is astonishing to note that for consultations around environment and social impact, Ministry of Environment and Forest or any other department of the government of India is not being involved, it is being done primarily because the JICA funding guidelines require it. This is utter shame when our own laws are not applied and constantly violated.

Hannan Mollah, General secretary, All India kisan Sabha: Since Modi government came into power they have tried their best to amend the Right to Fair Compensation and Transparency in Land Acquisition, Rehabilitation and Resettlement Act 2013, famously known as Land Acquisition Act 2013. They introduced an Ordinance to do away with the important clauses which provide crucial stake to the land owners , but as peoples’ coordinated protests pushed them to withhold the Ordinance. It might appear that the government shelved its regressive effort but in reality they asked state governments to implement the centre’s suggestions. And it is no wonder that the BJP ruled states were the first ones to follow. Thus to protect the rights of farmers, Adivasis various progressive organization formed Bhumi Adhikar Andolan and started their struggle against much hyped Bullet Train project.

Naseer Hussain, Congress: Modi does not care about the people, steep fall in industrial production, farmers’ suicide, students’ struggle but then he emphasizes bullet trains. He assured that the Congress party will take the farmers’ struggle against the bullet train project in the parliament.

Mohammad Saleem, Jitendra Chaudhary, CPM: The country needs mass, rapid transport system, not bullet trains. He assured that the CPM will take the issue in the parliament.

D P Tripathy, NCP: Our jawans on the border are facing scarcity of Bullets but the ruling government’s priority is bullet trains. 508 km distance through 1200 hectares, it will impact the farmers directly. When we are facing massive environmental problems, this project would deteriorate the situation as as many as 80 thousand trees will have to be cut.

Manoj Jha, RJD: Government says they do not have funds for scholarships for SCs,STs, and OBCs but they are willing to invest 1.1 lakh crore rupees for high speed train. This project is not this country’s priority and is not meant for the common man, even Modi himself would have not been able to afford it if he was not the PM.

D Raja, CPI: The CPI supports the movement against this disastrous project and assures that they will also take it up in the parliament. There is a need for us to come together and think of creative and comprehensive strategies then only we can defeat this. We are in the struggle and we have to fight this on many fronts.

Jai Karan and Ramesh Sharma (SUCI) : The Bullet Train project needs to be fought and its an assault on the farmers and workers of this country. We have to come together and expose these frauds in the name of the development.

Prem Singh (CPIML) : The challenge we posed together to the Land Ordinance we have to do the same to these mega projects including industrial corridors. These are unleashed on the people in the  name of development and have to be resisted. Our priorities are basic services and not these projects designed for rich.