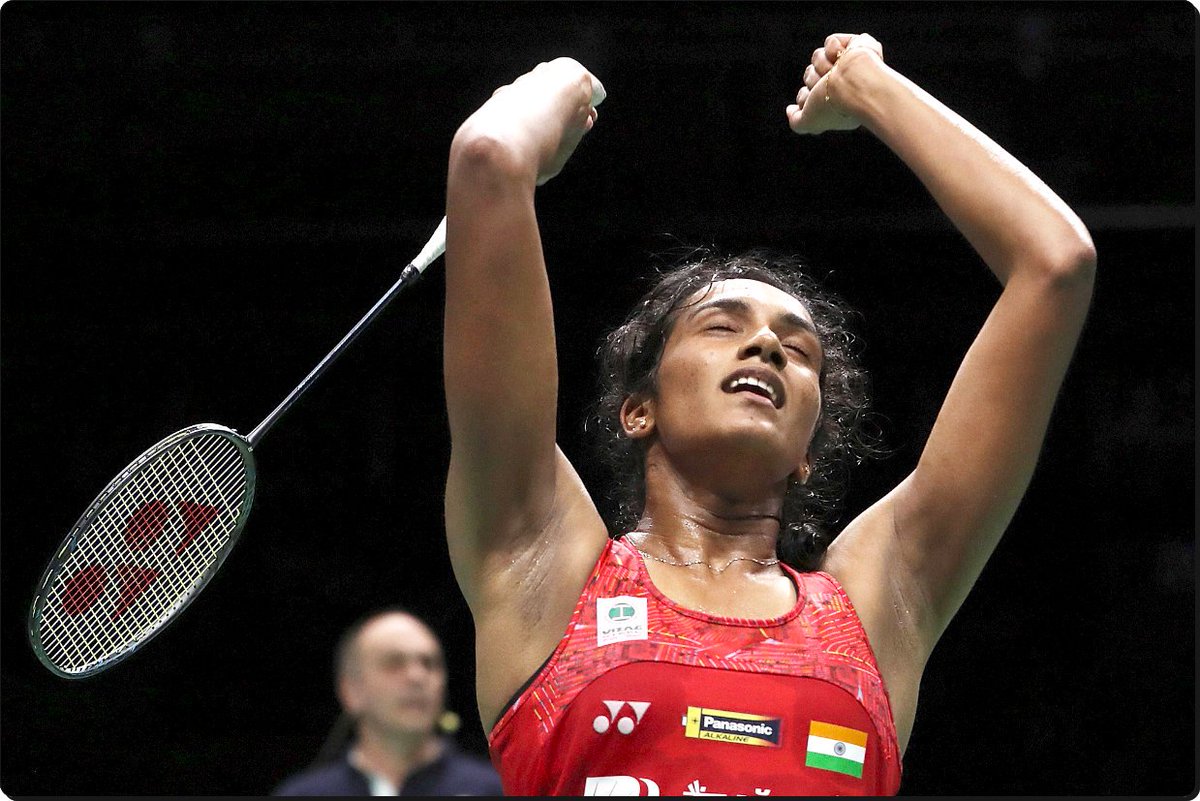 World Badminton Championships, ace Indian shuttler PV Sindhu had to settle for a Silver medal today after she lost the summit clash of the prestigious tournament at Nanjing, China.

The world number three was beaten by the seventh seeded Spaniard Carolina Marin in straight games, 19-21, 10-21. Sindhu had won a Silver in the Championships last year as well.

Today’s was the 12th meeting between Sindhu and Marin, of which the Spaniard now won 7 matches. Both shuttlers had met at the World Championships in 2014 as well. Then also, Marin had got the better of Sindhu with a 21-17, 21-15 win.

World Badminton Championships, the pair of Ashwini Ponnappa and Satwiksairaj Rankireddy advanced to the Mixed Doubles’ quarter-final round at Nanjing in China today.

PV Sindhu, Saina Nehwal, B Sai Praneeth and Kidambi Srikanth will play for quarterfinal berths of the tournament later in the day.

In Men’s Singles, fifth seed Srikanth will clash with Malaysia’s Liew Daren, while B Sai Praneeth will battle it out against Hans-Kristian Vittinghus of Denmark.