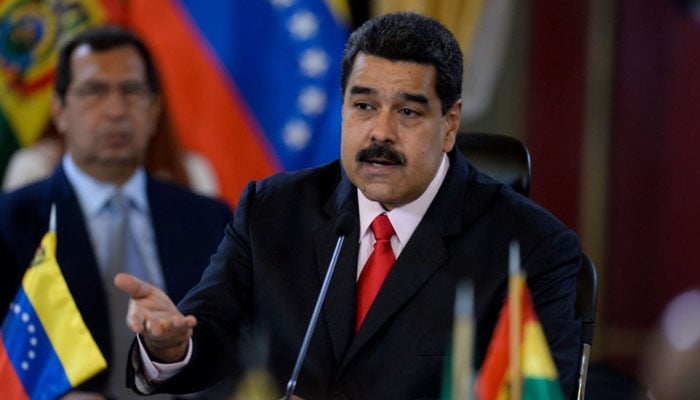 On Saturday, Maduro said he had escaped an ‘assassination’ attempt using an explosive-laden drone during a Caracas military parade, which the government said injured seven soldiers.

The government pointed the blame at “the ultra-right wing” — its term for the opposition — but Maduro also accused Colombia’s President Juan Manuel Santos and financiers in the United States.

He added some of those involved were arrested and an investigation was under way.

Venezuelan state television images showed Maduro looking up disconcertedly in the middle of a speech having heard a bang, before members of the country’s National Guard lined up in the parade area suddenly scattered.

No drones could be seen in the television broadcast, which showed bodyguards jumping in front of Maduro to protect him with flexible ballistic shields. The broadcast was quickly cut.

A grenade attack, a rebel raid and now an alleged drone bombing: Venezuela´s President Nicolas Maduro and his government have been targeted several times since he entered office in 2013.