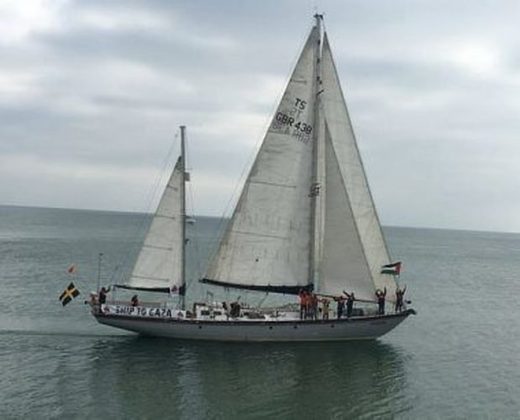 Israeli army Saturday morning said that it had taken over a European ship, the Swedish-flagged “Freedom,” captained by John Turnbull of Vancouver, that was aimed at breaking the naval blockade imposed on the Gaza Strip by the occupation forces 12 years ago

Israeli Navy has seized a Swedish-flagged vessel carrying 12 passengers, the country’s immigration authority has announced. The majority of those aboard were from Sweden, though British, Spanish, German, French, and Canadian nationals were also present. The ship, according to the Israeli military, attempted to breach the blockade of Gaza, which Tel Aviv says serves the purpose of thwarting arms smuggling to militant groups, including Hamas. The case sparked protest from the Ship to Gaza organization, which sent the vessel, saying it carried medical supplies. It demanded that those “who have been taken prisoner” be released and the ship allowed to continue its journey “in international and Palestinian waters unmolested, in accordance with international law.”