Justice Joseph’s elevation to the apex court put an end to a protracted stand-off between the government and the judiciary.

The number of judges in the top court after the fresh appointments has gone up to 25. There are still six vacancies. 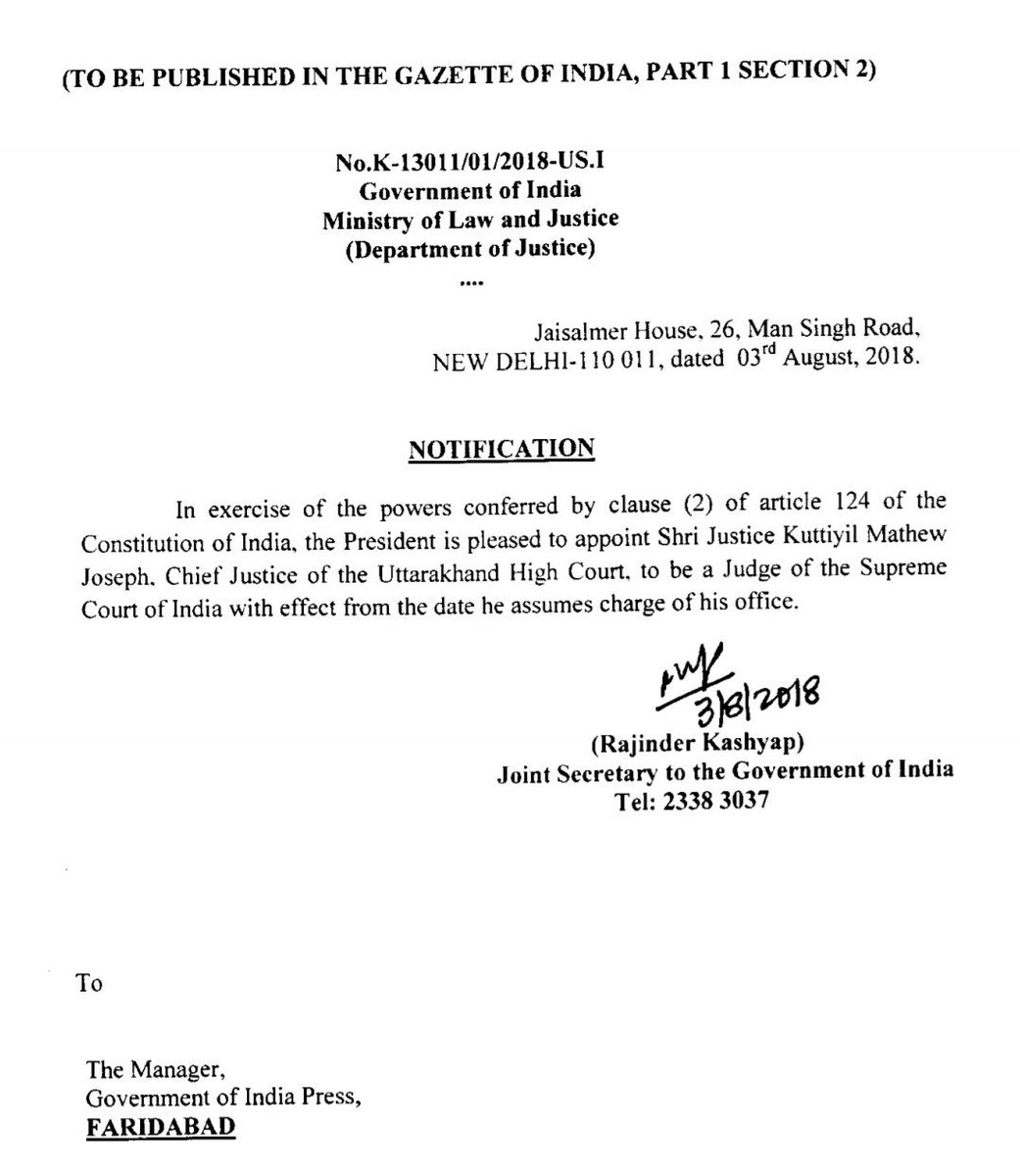 Several judges of the Supreme Court, including members of the collegium, are apparently upset over the Centre’s decision to lower down the seniority of Justice K M Joseph, whose name has been notified, along with those of two other judges, for elevation to the apex court.

Highly placed sources in the apex court said the judges, including some members of the collegium, will meet Chief Justice of India Dipak Misra on Monday to express dissatisfaction over the Centre’s decision to put Justice Joseph’s name in serial number 3 in the notification.