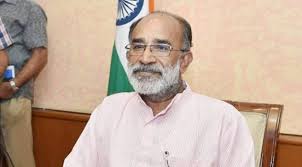 The Ministry of Tourism under its schemes PRASHAD- National Mission on Pilgrimage Rejuvenation and Spiritual, Heritage Augmentation Drive provides central financial assistance to State Governments/UT Administrations/Central Agencies for development of tourism infrastructure in the country.

Since it’s inception in the year 2014-15, 28 sites/destinations in 21 states have been selected for infrastructure development under PRASHAD and total 24 projects have been sanctioned in 16 states with the approved cost of Rs.727.16 crore and an amount of Rs.270.24 crore has been released for these projects till date.

The detail of the projects undertaken by Ministry of Tourism for implementation in the state of Andhra Pradesh under PRASHAD Scheme is given below:

This information was given by the Minister of State (I/C) for Tourism Shri. K. J. Alphons, in a written reply in Lok Sabha today.