US re-imposes a wave of tough sanctions 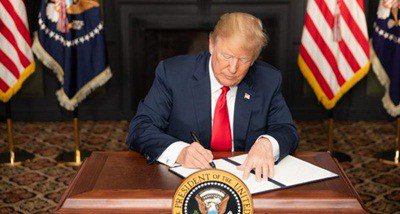 United States re-imposed a wave of tough, unilateral sanctions against Iran today. The first of two rounds of US sanctions target Iran’s access to US banknotes and key industries, including cars and carpets.

In an executive order yesterday, US President Donald Trump said the sanctions seek to pile financial pressure on Tehran to force a “comprehensive and lasting solution” to Iranian threats.

Iran’s rial currency has lost around half its value since US President Donald Trump announced that the US would withdraw from the 2015 nuclear accord.