A quake earthquakes in Indonesia? Lombok was just hit by another 5.9 magnitude quake today. The strong aftershock, measured at magnitude 5.9 by the #US #Geological Survey. 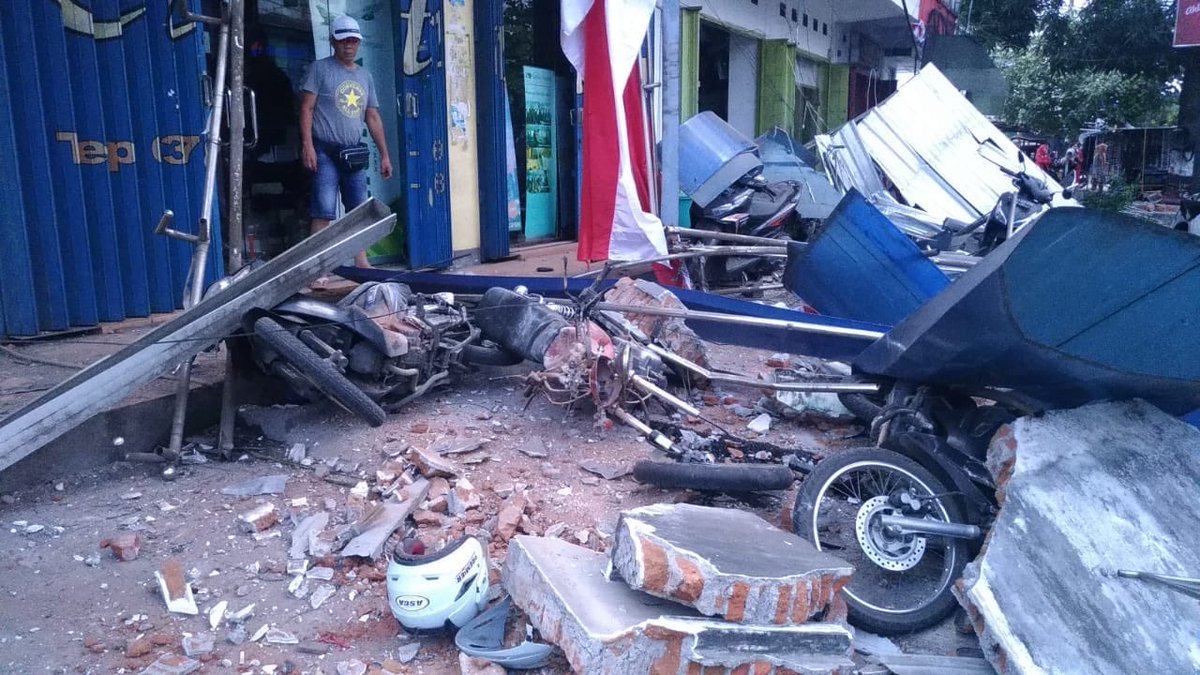 A strong aftershock struck Indonesia’s Lombok today, causing panic among evacuees sheltering after a devastating earthquake killed more than 164 and seriously injuring 1400 on the holiday island four days earlier. US Geological Survey said the 5.9-magnitude quake struck at a shallow depth in the northwest of the island. National disaster agency spokesman Sutopo Purwo Nugroho said that there have been 355 aftershocks since Sunday. The quake was felt strongly.