The shutters of the #IdukkiDam opened for trial run as water level rises up to nearly 2399 ft in the reservoir. One of the 5 Shutters the middle shutter of the Cheruthoni dam has been lifeted up by 50cm for trial Run.Death toll rises to 29, over 54,000 displaced due to #KeralaFloods. @CMOKerala Pinarayi Vijayan appeals for contribution to CM’s relief fund. . 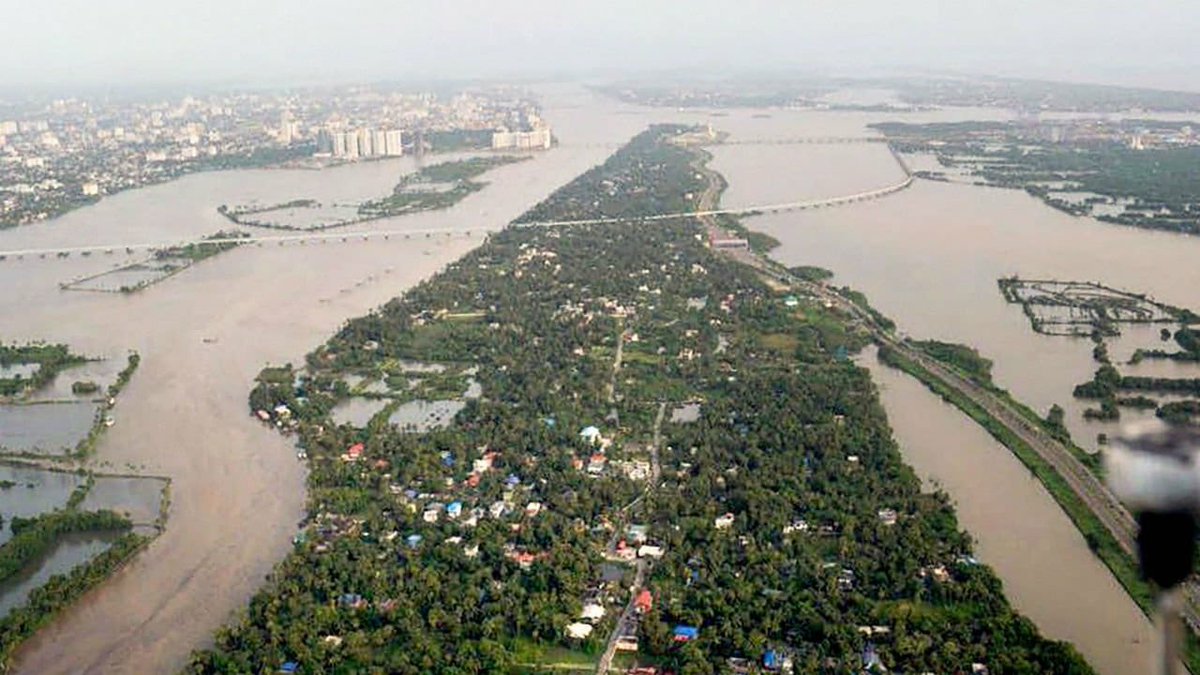 This is the 5th monsoon of present government – this government too failed to Learn SAFE & OPTIMUM use of Storage Dams that have barest minimum Storage capacity in the world – 120 BCM in 91 CWC major dams. Early filling of Dams is Disastrous.

National & State Disaster Management Authorities had not learnt a thing since inception in 2005. Many biggest Floods could have been prevented in Basins with large storage dams. This season I didn’t see Motor Boats in Flooded areas.

1.     Early filling of UKAI DAM in 2006 led to Flooding of Surat City – Dam releases Coincided with Peak Inflows – Maximized Floods than normal without dam when SMART OPERATIONS COULD MODERATE FLOODS TO SAFE LEVEL.

2.     In case of DEFICIENT BASINS – Over 50% Live Capacity of Additional Irrigation was possible in case of Cauvery Basin this season.

3.     Early Opening of Flood Gates could have FLUSHED OUT Some Silt Also Extending the Service Life of Dams.

Cauvery Basin Dams were filled up when OPTIMUM STORAGE LEVEL OUGHT to be 50%.

Cauvery Basin this year could have used 3 BCM more water than Normal.