Rouhani calls for “year of unity” 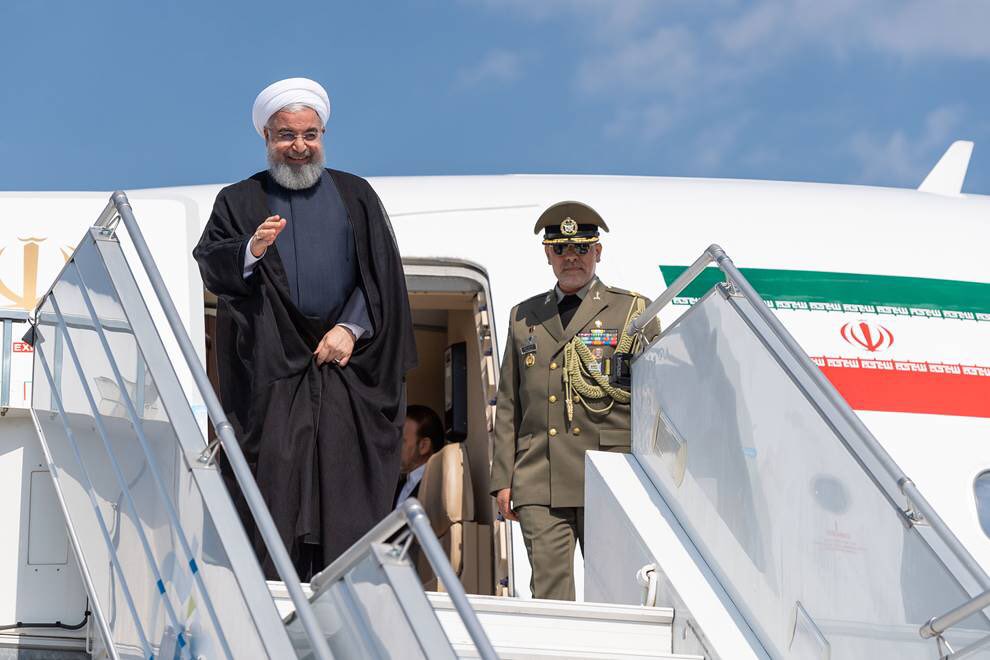 Iran’s President Hassan Rouhani called for a “year of unity” as Iran celebrated 39 years, since the Islamic revolution today, in the wake of protests last month.

Rouhani said conservatives should not block reformist candidates from future elections and that there should be greater trust in the people of the Islamic republic.

Rouhani requested  in a speech before a huge crowd in Tehran that the 40th year of the revolution, the coming year, be the year of unity. He asked conservatives, reformists, moderates and all parties and all people to come and be together.

Rouhani, a long-time regime insider who won power in 2013 and again in 2017, with the backing of reformists, has faced tough criticism from conservatives over his efforts to rebuild relations with the West and ease civil liberties.

The conservative-dominated Guardian Council has the power to veto candidates in all elections, and has in the past barred hundreds of reformists from standing for the presidency and parliament.

Iran test-fired a short-range anti-ship missile in the Strait of Hormuz during naval drills last week that Washington believes were aimed at sending a message as the United States reimposes sanctions on Tehran, a US official said on Friday.

The official, however, did not suggest that such a missile test was unusual during naval exercises or that it was carried out unsafely, noting it occurred in what could be described as Iranian territorial waters in the Strait.

Iran’s Revolutionary Guards confirmed on Sunday it had held war games in the Gulf over the past several days, saying they were aimed at “confronting possible threats” by enemies.

US Army General Joseph Votel, head of the US military’s Central Command, said earlier this week the scope and scale of the exercises were similar to ones Iran had carried out in the past. But the timing of this particular set of exercises was designed to get Washington’s attention.

“It’s pretty clear to us that they were trying to use that exercise to send a message to us that as we approach this period of the sanctions here, that they had some capabilities,” Votel told reporters at the Pentagon.

Iran has been furious over US President Donald Trump’s decision to pull out of an international agreement on Iran’s nuclear program and re-impose sanctions on Tehran. Senior Iranian officials have warned the country would not easily yield to a renewed U.S. campaign to strangle Iran’s vital oil exports.

Votel said the US military was keenly aware of Iran’s military activities.

“We are aware of what’s going on, and we remain ready to protect ourselves as we pursue our objectives of freedom of navigation and the freedom of commerce in international waters,” Votel said.

Iran’s Revolutionary Guards said on Saturday,  they had killed ten militants overnight in a security operation, conducted in a Kurdish region near the border with Iraq, the official news agency IRNA reported.

Revolutionary Guards said in a statement carried by IRNA, there has been sporadic fighting with Iranian Kurdish militant groups based in Iraq as well as Islamic State fighters near Iran’s porous border with Iraq.

Last month at least 10 Iranian border guards were killed in an attack by unidentified gunmen near Iraqi border.

In 2017, Islamic State militants carried out coordinated attacks at the parliament building in Tehran and the mausoleum of Iranian revolutionary leader Ayatollah Ruhollah Khomeini , killing 18 people.