Vatican expressed “shame and sorrow” on Thursday over revelations that Roman Catholic priests in Pennsylvania sexually abused about 1,000 people over seven decades, as US bishops vowed to involve non-clerical experts in abuse investigations. 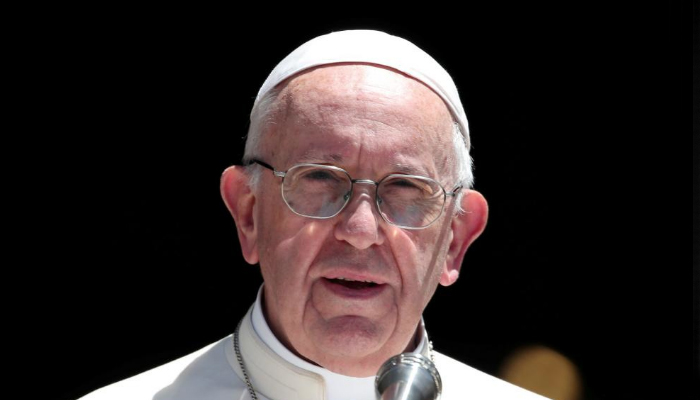 Victims should know that the pope is on their side. Those who have suffered are his priority, and the Church wants to listen to them to root out this tragic horror that destroys the lives of the innocent,” the Vatican said in a statement.

“There are two words that can express the feelings faced with these horrible crimes: shame and sorrow,” it said.

The comments came after a devastating US grand jury report was published on Tuesday that decried a systematic cover-up by the US Catholic Church.

The Vatican vowed to hold accountable sexually abusive priests and bishops who enable them to continue to prey on minors. Vatican spokesman Greg Burke said church officials needed to comply with all laws about reporting suspected abuse to authorities.

On Tuesday, Pennsylvania released a report that followed a two-year investigation into sexual abuse by some 301 clergymen dating back 70 years. It contained graphic examples of children being groomed and sexually abused by priests.

On Thursday, US bishops called on the Vatican to investigate accusations of sexual abuse against former Washington, D.C., Cardinal Theodore McCarrick. The Vatican did not directly address their request.

Pope Francis accepted McCarrick’s resignation in July after American Church officials said allegations that he sexually abused a 16-year-old boy almost 50 years ago were credible and substantiated. McCarrick was the first cardinal in living memory to lose his red hat and title.

“The overarching goal in all of this is stronger protections against predators in the Church and anyone who would conceal them, protections that will hold bishops to the highest standards of transparency and accountability,” Cardinal Daniel DiNardo, president of the US Conference of Catholic Bishops, said in a statement.

The bishops said they would create a new way to report accusations of sexual abuse by clergy members and for claims to be investigated without interference from bishops overseeing priests accused of sex abuse. They said it would involve more church members who were not clergy but had expertise in law enforcement or psychology.

Nick Ingala, a spokesman for Voice of the Faithful, a group formed to promote parishioners’ voices after the abuse scandal surfaced, said it was heartening that bishops wanted to set up an independent review process but he expressed skepticism that it would be successful.

“I don’t know how they are going to work that out,” Ingala said in a telephone interview. “I’m always hesitant to give 100 percent credence to any plan the bishops put forth based upon experiences in the past.”

The Pennsylvania grand jury report was the latest bombshell in a scandal that erupted onto the global stage in 2002 when the Boston Globe reported that for decades, priests had sexually assaulted minors while church leaders covered up their crimes.

Similar reports have emerged in Europe, Australia, and Chile, prompting lawsuits and investigations, sending dioceses into bankruptcy and undercutting the moral authority of the leadership of the Catholic Church, which has some 1.2 billion members around the world.