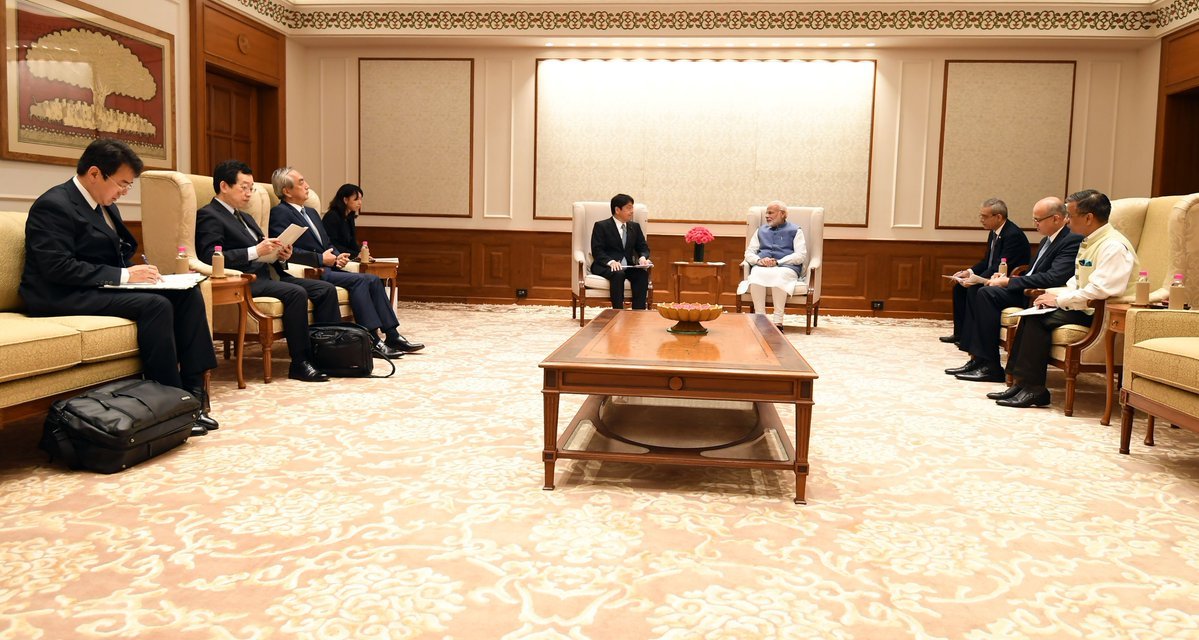 Japanese Defence Minister Itsunori Onodera will hold talks with Defence Minister Nirmala Sitharaman in New Delhi today covering a range of bilateral and regional issues of mutual interests. Japanese Defence Minister ItsunoriOnodera met Prime Minister Narendra Modi in Delhi today.
Mr Onodera arrived in New Delhi yesterday on a two-day visit to India with an aim to further strengthen military cooperation between the two countries. Sources said, Ms Sitharaman and Mr Onodera are also expected to review the situation in the Korean peninsula and explore ways to deepen bilateral cooperation in the Indian Ocean where China has been ramping up its presence.
Both the leaders are likely to deliberate on the proposed joint exercise, between Japan’s Ground Self-Defense Force and the Indian Army, later this year. They are also likely to exchange views on India’s long-pending proposal to procure the US-2 ShinMaywa amphibious aircraft from Japan for its Navy.