Japan’s Meteorological Agency says that as of noon on Monday, local time, strong typhoon Soulik was located at 500 kilometers south of Minamidaito island. It was moving west-northwest at 15 kilometers per hour.

The typhoon has a central atmospheric pressure of 955 hectopascals and is packing winds of up to 144 kilometers per hour near its center.

The storm is forecast to come close to southern Kyushu and the Amami Islands on Tuesday afternoon, as it picks up strength.

The other system is “Cimaron,” a severe tropical storm. It is moving west-northwest in the Pacific Ocean far south of Japan at 15 kilometers per hour. 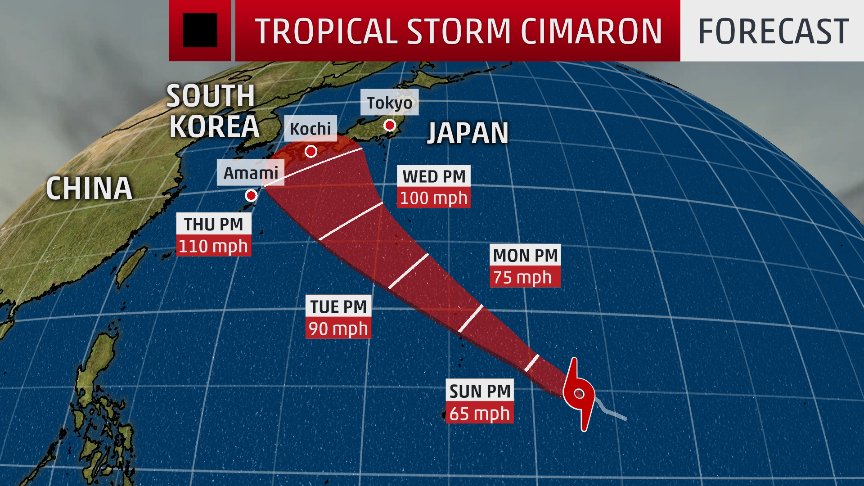 Cimaron has a central atmospheric pressure of 985 hectopascals, with winds of up to 108 kilometers per hour near its center.

It is expected to approach southwestern Japan, almost tracking the path of Soulik.