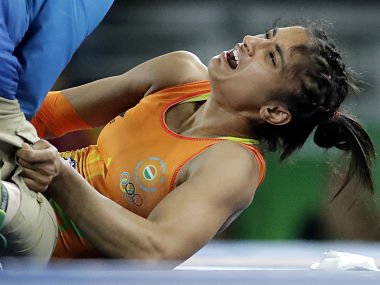 For few secs today where Vinesh looked like she had leg cramps brought tears in my eyes.. And then the manner in which she pulled the victory! Hats-off!