Due to the sanctions, first flight of #Iran|ian made Kowsar-88 training jet was unsafe & was canceled today. In instead a 42yrs old Northrop F-5F Tiger II training jet equipped with project “SR.II” avionic was unveiled today & claimed to be Iranian made 4th Gen.fighter! 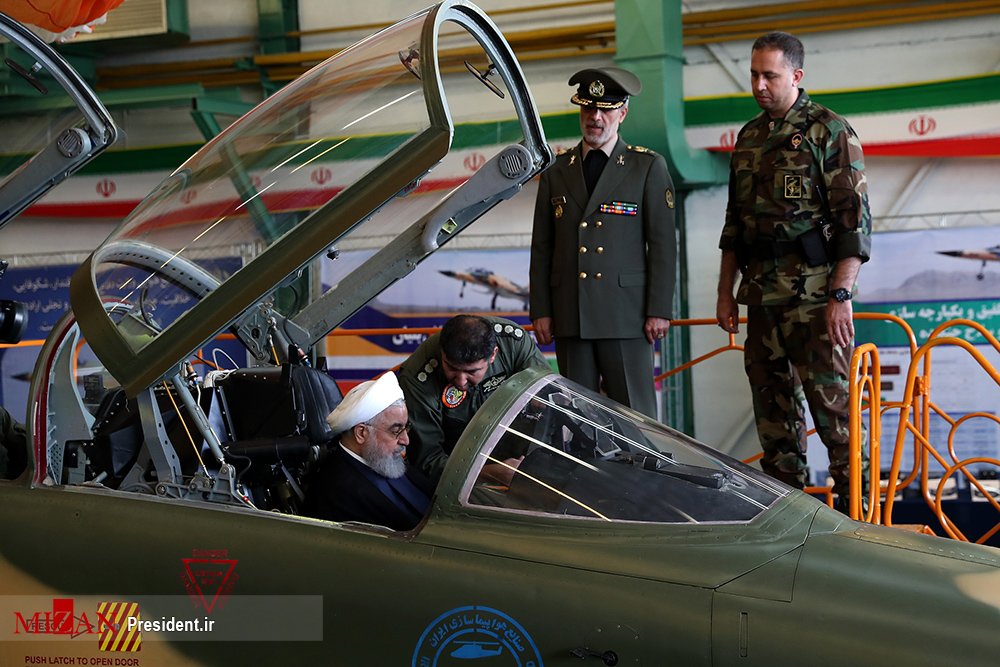 Images on state television showed President Hassan Rouhani sitting in the cockpit of the new “Kowsar” plane at the National Defence Industry exhibition.

It is a fourth-generation fighter, with “advanced avionics” and multi-purpose radar, the Tasnim news agency said, adding that it was “100-percent indigenously made”.

State TV said the plane had already been through successful testing and showed it waiting on a runway for its first public display flight.

The plane was first publicly announced on Saturday by Defence Minister Amir Hatami, who had said it would be unveiled on Wednesday.

He gave few details of the project, focusing instead on Iran’s efforts to upgrade its missile defences.

Hatami said the defence programme was motivated by memories of the missile attacks Iran suffered during its eight-year war with Iraq in the 1980s, and by repeated threats from Israel and the United States that “all options are on the table” in dealing with the Islamic republic.

“We have learned in the (Iran-Iraq) war that we cannot rely on anyone but ourselves. Our resources are limited and we are committed to establishing security at a minimum cost,” he said in a televised interview.

The US has sold hundreds of billions of dollars of weapons to Iran’s regional rivals, but has demanded that Tehran curb its defence programmes, and is in the process of reimposing crippling sanctions in a bid to force its capitulation.