Cancer is most deadliest,leading cause of death worldwide.

In 2008, cancer accounted for 7.6 million deaths. More than two thirds of the cancer deaths occurred in low- and middle-income countries.

Bidirectional regulator in castem cells are identified by whether they can regenerate tissue.  This demonstrates that the cells can produce new blood cells over a long term. It should also be possible to isolate stem cells from the transplanted individual, which can themselves be transplanted into another individual without HSCs, demonstrating that the stem cell was able to self-renew.ncer cells.

Cells from an earlier stage of the embryo, known as the morula, are totipotent, able to become all tissues in the body and the extraembryonic placenta.
DHX9, acts as a bidirectional regulator 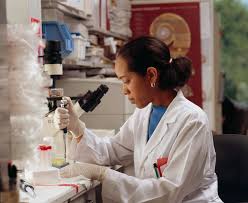 An in-depth study on the regulation of adenosine-to-inosine (A-to-I) RNA editing by researchers from the Cancer Science Institute of Singapore (CSI Singapore) at the National University of Singapore found that a protein, known as DHX9, acts as a bidirectional regulator of the molecular process which is linked to various types of cancer such as esophageal cancer. The discovery suggests that DHX9 is a potential cancer drug target, and its role in A-to-I RNA editing can be interfered to mitigate the development of these cancers. The findings of the study were recently published in the scientific journal, Nucleic Acids Research.

RNAs are an essential class of biomolecules that is critical in regulating core genetic function. They are often altered in the cell by a molecular process known as RNA editing. A-to-I RNA editing is a type of RNA editing which alters RNAs in a manner that affects how genes are read and how proteins are produced in the cell through contributing to molecular diversity that is essential for spatiotemporal regulation of cellular functions. Dysregulated A-to-I editing has been associated with neurological disorders and cancer, however, the factors impacting the regulation of A-to-I editing remain largely unknown.

Interestingly, further experiments showed that DHX9 is able to effect different outcomes in the cell. DHX9 enhances A-to-I RNA editing carried out by ADAR1. Conversely, A-to-I RNA editing carried out by ADAR2 is reduced when DHX9 interacts with ADAR2. DHX9 therefore acts as a bidirectional regulator of A-to-I RNA editing in cancer cells. Earlier studies conducted by the team has suggested that increased ADAR1-regulated RNA editing and decreased ADAR2-regulated RNA editing are implicated in cancer. The observation can be attributed to the bidirectional regulation of DHX9 in cancer cells, as supported by the current study. DHX9, which is required for cancer cell survival, therefore offer as a promising target for novel therapeutic strategies against cancer to be developed.

Assistant Professor Polly Chen, Principal Investigator at CSI Singapore who led the study, said, “This is the first time a bidirectional regulator of A-to-I RNA editing in human has been uncovered. With this new knowledge, we can now look into how they can intervene the interactions between DHX9 and ADAR proteins in order to stop cancer-driven processes mediated by RNA editing in the cell.”

Cellect Biotechnology Ltd., a developer of a novel stem cell production technology, has received a Notice of Allowance from the Korean Intellectual Property Office for its patent titled, “Devices and Methods for Selecting Apoptosis-Signaling Resistant Cells, and Uses Thereof”. This patent, recently granted to Cellect in Europe, addresses the Company’s ApoTainer device which is used in conjunction with its platform ApoGraft technology.

“As we expand the number of stem cell industry collaborations for Cellect worldwide, our international patent assets and protections become increasingly important. In the past six weeks alone, we entered into collaborations with companies in Germany, Switzerland and Korea. Working with industry partners to improve the safety and efficacy of stem cells and expanding regenerative medicine’s wide scale availability and affordability are cornerstones of Cellect’s strategy. Our growing IP estate supports this purpose,” stated Cellect CEO Dr. Shai Yarkoni.

Adlai Nortye, a Hangzhou biopharma, has announced the opening of its first US site in Boston, Massachusetts. The Boston site was opened by CEO Carsten Lu, CDO Dr. Lars E. Bigerson, M.D., Ph.D. who is also President & CEO of Adlai Nortye USA Inc, and other core management team members.

The Boston site, which will form the target validation and translational medicine centre of the company, is an innovation centre dedicated to the development of important new treatments for cancer, especially immuno-oncology drugs based in the US. The centre will support clinical stage programs of the company and serve as a platform to better integrate Adlai Nortye into the global biopharmaceutical research and development industry.

“Adlai Nortye, unlike other domestic pharmaceutical manufacturers in China used to being associated with the production of “me-too” drugs or “me-better” drugs, aims to innovate through target validation to discover new translational medicines,” said CDO and President & CEO of Adlai Nortye USA Inc, Dr. Lars E. Bigerson, M.D., Ph.D. “The establishment of our first overseas site in Boston, will further help us to better integrate into the international biopharmaceutical market as we push forward the development of our treatments.”