Deference Preparing to take another shot at a mega Make in India contest for new fighter jets, Russian manufacturer MiG has said that it will partner with state owned Hindustan Aeronautics Limited (HAL) to make an offer and believes that it will be at least 20 percent more cost effective than any of its competitors. 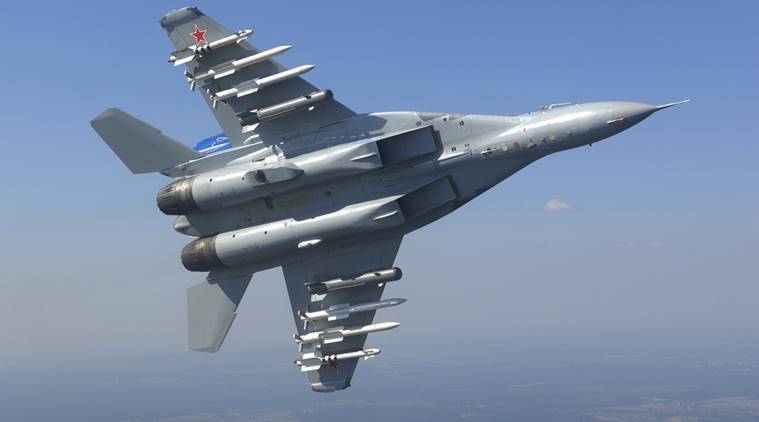 The Russian aviation giant, which has been the largest supplier of fighter jets to India in the past, is offering its MiG 35 jet for an upcoming contest for 110 combat aircraft. While the fighter jet did not qualify in technical trials in a past contest for a medium combat jet by the Indian air force, its manufacturers say that they are offering a `completely new aircraft’ with an upgraded radar and `50 percent more combat potential’.

Revealing its Indian partner for the upcoming contest for the first time, senior executive of Russia’s United Aircraft Corporation Victor Chernov says that tying up with HAL will help it leverage existing production facilities in Nasik.

“In Nasik, facilities are already ready for producing the aircraft. Our Strategic Partner HAL is ready with the infrastructure and we are ready to not only share technology but also start the production of the fighters in India,” he said, in an interaction at the Army 2018 exhibition in Moscow.

The head of the MIG aircraft company said that the MiG 35 will be at least 20 percent cheaper than the competitors according to its internal assessments. “The MiG 35 we are offering this time has 50 percent more combat potential. The radar has more expanded capabilities, we can trace 30 target simultaneously and hit 10 of them together. We are at least 20 percent less expensive than our competitors,” Director General of MiG Ilya Tarasenko said.

The MiG 35 will compete with jets like the Dassault Rafale, Eurofighter Typhoon, Boeing F/A 18, Lockheed Martin F 16 and Saab Gripen for the upcoming Indian contract that is based on setting up a new fighter jet production line in India with transfer of technology. The plan is to select a foreign manufacturer to produce a jet in India with a local partner that can absorb technology. Companies like Tata, Mahindra, Adani and Reliance Defence are in contention to be local partners for the mega project that is likely to exceed $ 20 billion.

MiG says that it has responded to an Indian request for information for the project and is offering an ‘updated aircraft’ that will have a new range of missiles and weapons.