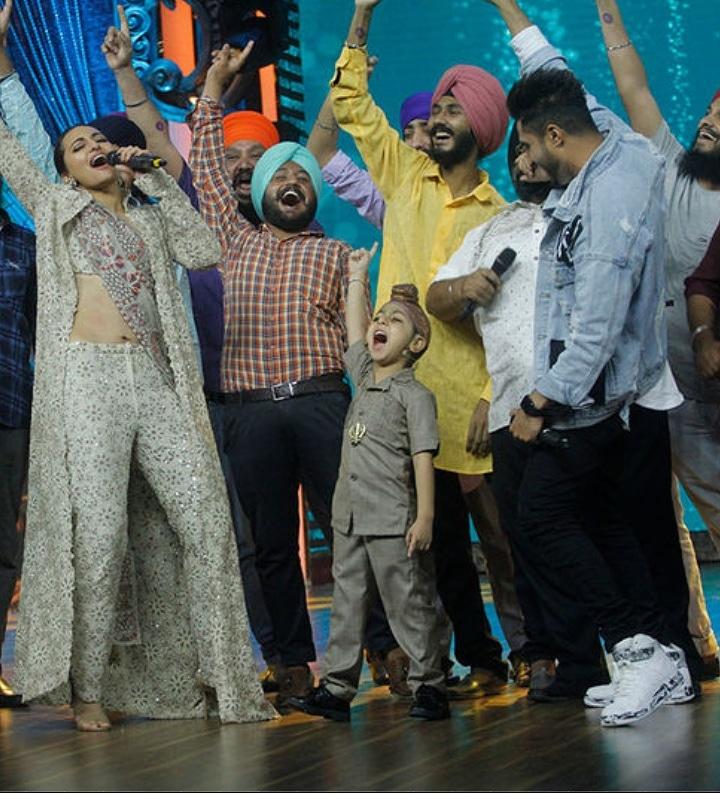 The romantic comedy flick “Happy Phirr Bhag Jayegi” is back with its second installment to entertain the audience. Therefore, the talented star cast Sonakshi Sinha, Diana Penty, Jassi Gill along with the director Mudassar Aziz and producer Anand L Rai were witnessed in hotel Radisson Blu Plaza, Aerocity Delhi for promotions and media interactions to boost up the hype for their forthcoming film which is the sequel of super hit ‘Happy Bhag Jayegi’(2016).

This time Sonakshi  Sinha will be seen in lead role. Being in limelight with media, Sonakshi stated, “We are back with double laughter and much more comedy. Last film received a lot of love and appreciation from audience and now we are back to give them full on entertainment again”. About the film, she added, “It was really fun playing the character of Happy in the film. There are two characters of same name so everyone is facing a lot of trouble and confusion. Working with Diana and Jassi was really good. They both are fantastic actors”.

Therefore the pretty Diana Penty, co-star of the film, said, “To be honest I am very happy that Sonakshi is playing the lead role. I think she is very relatable and close to the character. When I read the script I really liked my role and there are many elements in the film which makes it more interesting and unique than the last one. I feel proud to be the part of the film again”.