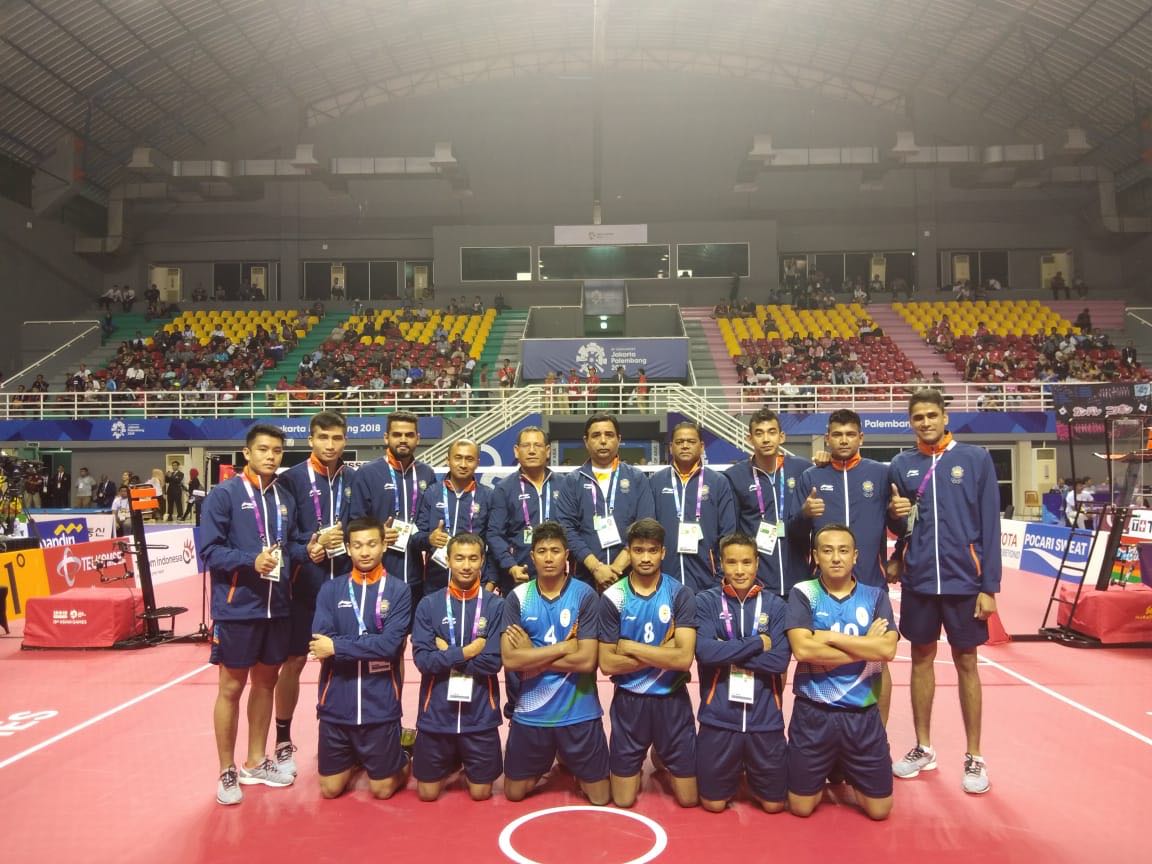 DGSSB this Medal is truly special for us because for the first time, in the 18th #Asiangames #TeamIndia wins a medal. 10 out of 12 members of the team are from our #SSB jawans.

Anshul Kothari has entered final of  Heat 1 in men’s 50 metre butterfly while Vikram Khade has topped  Heat 2 in  men’s 50 metre Butterfly. India’s Diksha Dagar, Sifat Sagoo and Ridhima Dilawari are in action in Round 1 of Golf Women’s Individual events.

Prajnesh Gunneswaran will look to confirm India another medal  in men’s singles quarterfinal match in Tennis. Ace shuttlers P.V.Sindhu and Saina Nehwal will open their campaign in the women’s singles round of 32. Weightlifter Sathish Sivalingam will lead India’s challenge in men’s 77kg. In Kabaddi,  Men’s and women’s team will play their respective semi-final matches.

In Squash, Dipika Pallikal and Joshna Chinappa will  play  their respective women’s singles round of 16 matches . In Bowling, which is a medal event, two Indian teams will  participate in Men’s Trios.In Archery, Indian men and women archers will compete in  individual elimination events.

Indian athletes will also participate in Squash, Basketball and  Artistic Gymnastics Women’s Vault final.India is placed seventh in the tally with 15 medals comprising 4 Gold, 3 Silver and 8 Bronze. China tops the table with  83   medals followed by Japan with 68 medals.