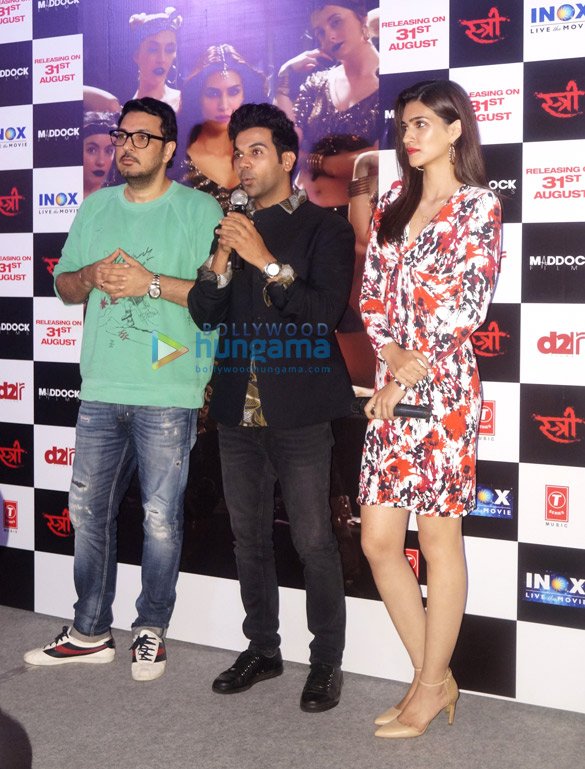 Kriti Sanon who is seen shaking a leg with Rajkummar Rao and Badshah in the peppy number ‘Aao Kabhi Haveli Pe’ arrived in Delhi to launch the promotional song alongside lead actor Rajkummar Rao and producer Dinesh Vijan.

The song features Badshah rapping to the tunes of Sachin Jigar. It has been sung by Nikita Gandhi and Sachin- Jigar. The song shows Kriti trying to lure Rajkummar Rao and the other men into her haveli.

The famous meme “Aao Kabhi Haveli Pe” where the men are calling women to them has been redefined by the makers in the song where Kriti will be inviting men to her haveli.

Dinesh Vijan presents Stree, a Maddock Films production in association with D2r films and Jio Studios. The horror comedy has been directed by Amar Kaushik and is set to release on 31st August 2018.