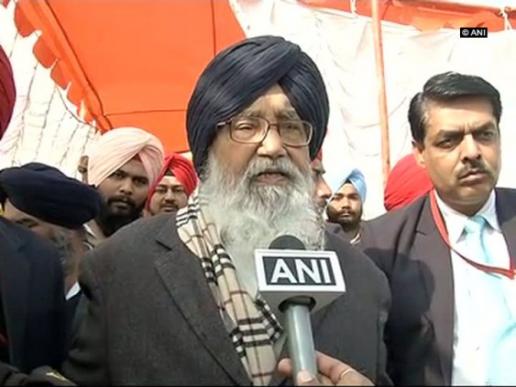 NEW DELHI, Aug 28 — With the Justice Ranjit Singh commission indicting the Badals
for the horrendous desecrations of Sri Guru Granth Sahib in Punjab and for firing on
Sikh demonstrators in 2015, the SADD on Tuesday resolved to call upon the family to
immediately quit all Sikh religious institutions under their stranglehold.
Headed by S. Paramjit Singh Sarna, the SADD passed a series of resolutions that
primarily urged a Panthak boycott of the Badals, under whose rule desecrations of Sri
Guru Granth Sahib were carried out with impunity and devotees protesting them
peacefully were fired at by the police at Punjab’s Kotkapura and Behbal Kalan villages
three years ago.
“The Justice Ranjit Singh commissions delivers sufficient evidence to confirm that a
high-level conspiracy was hatched by Punjab’s then powerful elite to divert Sikh
attention from the outrageous pardon extended to the Sauda Saadh by the Akal Takht
Jathedar, reporting to the Badals, in September 2015,” S. Sarna told a news
conference.
“As the Jathedar’s shock pardon seared through the Sikh psyche, the perpetrators of the
desecrations scattered the holy angs of the most divine Sri Guru Granth Sahib in order
to deviate attention,” the SADD chief noted, referring to the findings of the probe
commission. “The most horrible sin was committed right under the nose of the Badals
when they and the Akal Takht jathedar had come under fire for forgiving the Sauda
Saadh to secure his support in the 2017 state elections.”
Punjab ousted the family from government in 2017 in what was their party’s worst
debacle in any state election.
“With their worst sin of their involvement in the desecrations established by the Ranjit
Singh commission in black and white, the Badal family cannot be allowed a moment to
cling any further to Sikh religious institutions,” S. Sarna observed.
In its resolutions post-Justice Ranjit Singh commission report, the SADD,
therefore, resolves to call that:
1. The Badals immediately order their party to step down from the SGPC, the
DSGMC and other religious bodies under its control;
2. The Guru Panth boycott the Badals, extend no cooperation to them in religious,
social and political matters;