Supreme Court today reserved its verdict on a batch of petitions seeking disqualification of lawmakers even before their conviction in criminal cases to curb criminalisation of politics in the country. 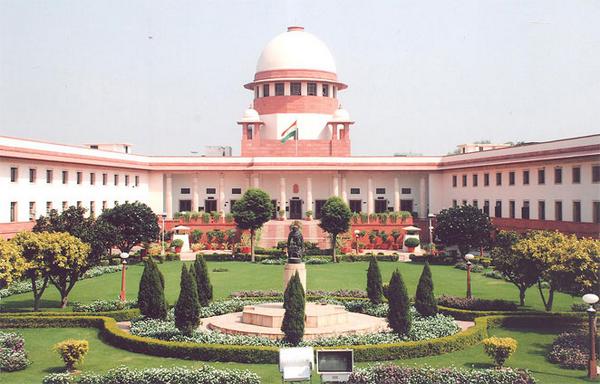 Apex  court was hearing petitions filed by various parties including NGO ‘Public Interest Foundation’, which exhorted the court to venture into the area of barring a person or a lawmaker from entering into electoral politics after framing charges against them in criminal cases.

A five-judge Constitution bench headed by Chief Justice Dipak Misra reserved the judgement after the parties including the Election Commission and the Central government concluded their arguments on the clutch of petitions.

Attorney General K K Venugopal, appearing for the Centre, lauded the intention of the apex court to cleanse the political system but put a caveat saying judiciary cannot venture into the lawmaking territory.

“The intention of the lordships is laudable. But the question is whether the court can do it. The answer is ‘no’,” the top-most law officer told the bench which also comprised justices R F Nariman, A M Khanwilkar, D Y Chandrachud and Indu Malhotra.

He also referred to the concept of presumption of innocence until a person is proven guilty and said the court cannot put a condition on a person’s right to vote which also includes his right to contest.

The bench said that it did not intend to enter into the legislative domain but there was a right of electors to know the antecedent of a candidate.

The bench asked whether the court can ask the poll panel to put a condition that political parties will make public criminal antecedents of its members before elections so that the common public knows candidates and their criminal past if any.

The apex court had earlier dubbed criminalisation of politics as “rot”, and said it may consider directing the Election Commission to ask political parties to get their members disclose criminal cases against them so that electors know how many “alleged crooks” are there in such parties.