Iran army to stay in Syria

Iranian government announced the details of the deal on Tuesday following a visit to Damascus by defense minister Amir Hatami earlier this week. However US too to  stay in Syria to fight ISIS and keep an eye on Iran.

Iran and Syria inked covenant  where Iran pledged to rebuild the Syrian army. Israel is critical of Iran‘s expanding role in Syria, saying it will not tolerate a permanent Iranian military presence near its borders. 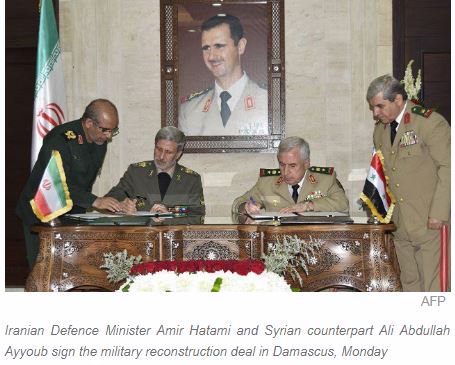 Iran is believed to have signed the agreement to maintain its influence after the civil war ends.

But the deal is likely to draw criticism from the United States and Israel. Both countries want Iran to pull out of Syria.