US President Donald Trump on Wednesday accused China of complicating Washington’s relationship with North Korea by rendering its ally economic assistance, as talks on Pyongyang’s denuclearization are at a standstill. 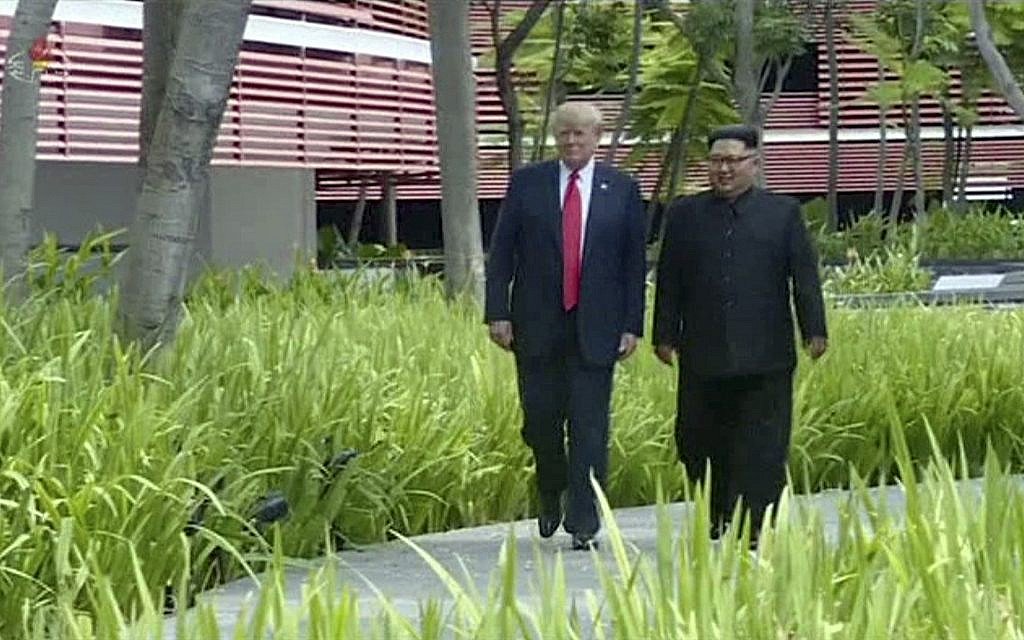 But he insisted his relationship with Kim Jong Un remained “very good” and said he was not considering resuming joint military exercises on the Korean Peninsula that Pyongyang considers “provocative.”

Trump’s refusal to direct criticism at Kim and instead blame other parties for a lack of progress comes despite reports the US received a belligerent letter from Pyongyang, which prompted Secretary of State Mike Pompeo to cancel a planned trip to North Korea last weekend.

“China makes it much more difficult in terms of our relationship with North Korea,” Trump said at the White House, though he insisted his ties with Chinese President Xi Jinping were “great.”

He also noted his “fantastic relationship” with North Korean leader Kim Jong Un, whom he met in Singapore in June.

“Part of the North Korea problem is caused by the trade disputes with China,” Trump said.

Beijing is Pyongyang’s sole major ally, and the main transit country for any goods entering the North. Trump said that China — angered by US moves on trade — is no longer being as tough as it could be on North Korea.

“We know that China is providing North Korea with considerable aid, including money, fuel, fertilizer and various other commodities. This is not helpful!” he tweeted on Wednesday evening.

On the subject of military exercises, which the US suspended as a “good faith” measure following Trump’s summit with Kim, the president said “there is no reason at this time to be spending large amounts of money on joint U.S.-South Korea war games” though added these could resume if the need arose.

It came a day after Defense Secretary Jim Mattis said the Pentagon was not planning to suspend any more military drills, before appearing to backtrack on Wednesday by insisting “no decisions” had been made on the matter.

Trump also reiterated his wish to fundamentally alter the trade status quo between the United States and China, the world’s top two economies.

He said he needed to take a tough stance with Beijing on trade “because it was really not fair to our country,” criticizing his predecessors who “closed their eyes” to the issue.