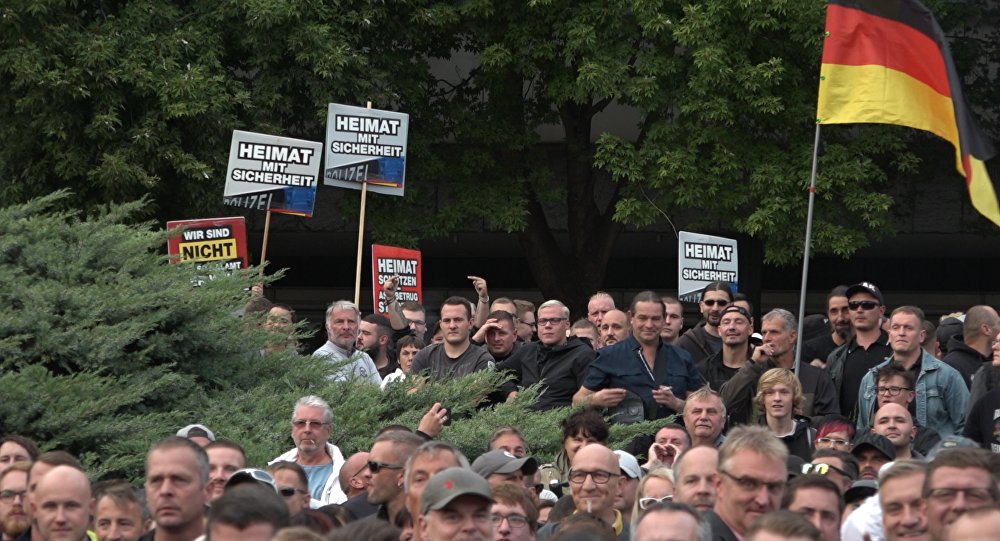 The streets of a Berlin neighborhood were filled with people protesting the recent displays of anti-immigrant hate in Chemnitz. Their march coincided with fresh protests in Chemnitz.
What was expected to be a small gathering of 100 or so individuals speaking out against hate and xenophobia turned into a demonstration of thousands in the Berlin neighborhood of Neukölln on Thursday night.
The demonstration was a counteraction to the far-right protests that have taken place in the city of Chemnitz over the past days, which have included anti-immigrant violence and intimidation. The initial trigger for the protests was the fatal stabbing of a 35-year-old German-Cuban man on Sunday, with two foreign-born men under arrest as suspects in the crime.
While events in the German capital were getting underway, far-right supporters in Chemnitz launched a fresh protest, drawing about 1,000 people. They proceeded without violence as state-level politicians met with the city’s citizens. Reports DW