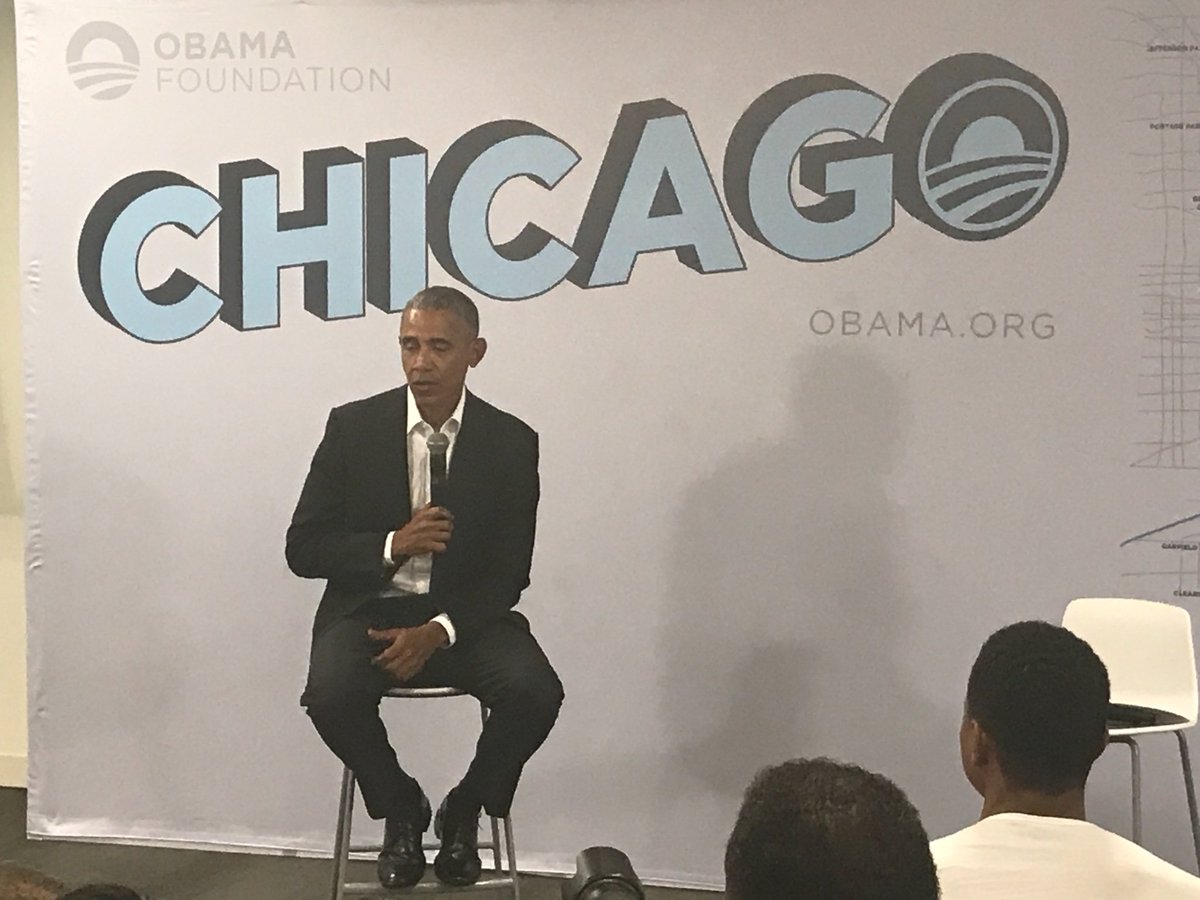 “I got my start right here.”
– President Obama
When President and Mrs. Obama chose to locate their Presidential Center in Chicago, they wanted to make sure of one thing: that our neighbors here on the South Side were with us every step of the way.

And they have been.

Over the last several months, they’ve signed postcards and written letters of support. They’ve come to public meetings to voice their excitement. And they even stood before the Chicago City Council to make their case for the Obama Presidential Center.

On Tuesday, President Obama surprised some of these supporters and stakeholders at a Foundation event to thank them for all they’ve done.

Watch President Obama share his vision for the Obama Presidential Center—a public space that will honor history, help revitalize the South Side, and connect people throughout the community.

Chicago is where President Obama’s story began—and this Center is an opportunity to give back to the community that helped write it.

But it will also be a chance to build a world-class museum and public gathering space that remind young visitors—from around the city and around the world—that their potential is limitless.

I hope you’re as excited as we are,