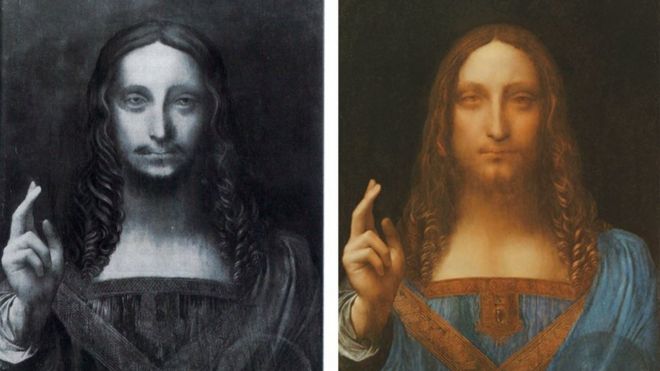 All India, 4th September 2018: The Department of Culture and Tourism  Abu Dhabi (DCT Abu Dhabi) announced today that it will delay the unveiling of Leonardo da Vinci’s Salvator Mundi.

Originally acquired by DCT Abu Dhabi in November 2017 at auction from Christie’s in New York, the painting was scheduled to be on display at Louvre Abu Dhabi from 18 September.

Painted by one of history’s most renowned and admired artists, the iconic Salvator Mundi is one of fewer than 20 known surviving paintings by the Italian Renaissance master. Dating from around 1500, it is an oil on panel work depicting a half-length figure of Christ as Saviour of the World, facing the viewer, and dressed in flowing robes of lapis and crimson. The figure holds a crystal orb in his left hand as he raises his right hand in benediction.

This exceptional work is believed to be a contemporary of both La Belle Ferronnière and the Mona Lisa. It was recorded in the inventory of the royal collection of King Charles I (1600-1649). Presumed to have been destroyed, Salvator Mundi was rediscovered in 2007, when restoration was undertaken by Dianne Dwyer Modestini, Senior Research fellow and Conservator of the Kress Program in Paintings Conservation at the Conservation Center of the Institute of Fine Arts, New York University.

Further details will be announced soon.

About The Department of Culture and Tourism – Abu Dhabi:
The Department of Culture and Tourism, Abu Dhabi conserves and promotes the heritage and culture of Abu Dhabi emirate and leverages them in the development of a world-class, sustainable destination of distinction that enriches the lives of visitors and residents alike.  The Department manages the emirate’s tourism sector and markets the destination internationally through a wide range of activities aimed at attracting visitors and investment.  Its policies, plans and programmes relate to the preservation of heritage and culture, including protecting archaeological and historical sites and to developing museums, including the Louvre Abu Dhabi, the Zayed National Museum and the Guggenheim Abu Dhabi.  The Department of Culture and Tourism supports intellectual and artistic activities and cultural events to nurture a rich cultural environment and honour the emirate’s heritage.  A key role played by the Department is to create synergy in the destination’s development through close co-ordination with its wide-ranging stakeholder base. http://tcaabudhabi.ae/en