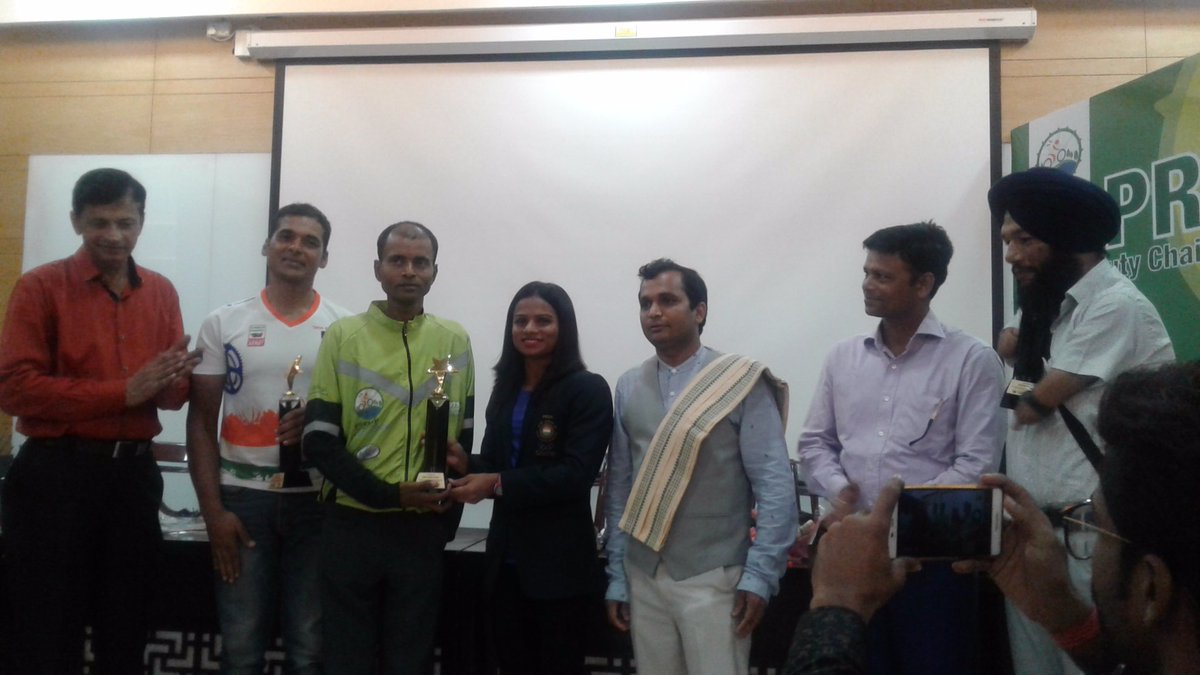 On the occasion Dutee Chand said, “I am highly grateful to be a part of KIC and appeal everyone to develop a habit of cycling in your daily life because its goof for our health.”

Sudhir Dash organizing Chairman of ROOTS of Odisha Foundation , in a press meet at the Constitution Club, New Delhi said Konark International Cyclothon will start from 8th December, 2018 with unique Moto and an enlarged perspective. We have one Planet to Live in it so let’s Care, Conserve and Love our Plant echoes Sudhir Dash. Come 8th December, 2018 and the chilled winter, over 1,000 of cyclist will parade on the Marine Drive from Bhubaneswar via Konark, puri  to Satapada. Out of which 40 cyclist mentored by professionals will go on the 15 days cycling expedition from Bhubaneswar -Koraput-Bhubaneswar. Cyclists from various corner of the world joining the Konark International Cyclothon & Tour De Kalinga along with iconic cyclists like Dr. Amit Samarth, Yogendra Singh, Prof. Sadananda Sahoo, Jagiwinder Singh Binay Sahoo and others.

Ms. Dutee Chand the Olympian sprinter who has made Odisha and India Proud for her bringing silver medal in the Malaysian Asian Games has been a brand ambassador of KIC is a role model to many for promoting carbon minus life and say no to plastic.

Dr. Amit Samarth has been the only Asian to complete RAAM (Race Across America) and the 9200 km Trans-Siberian Extreme Cycling Race. Being a Physician himself Dr. Samarth vouches for the endless benefits of cycling to health, to environment, to community and to the economy at large.

Jagwinder Singh, the sensational para cyclist from Chandigarh has been an inspiring personality to the specially aboded community for his vision, passion and the commitment to promote cycling. Setting example that disability is a unique ability, he has been a message for the masses OH MY GOD, It can happen only in India.

Binay Kumar Shahu, the lad from Manipur, who lost his one hand fully paralysed in an accident has dedicated his life to cycle around the country for promoting Swachh Bharat and Plant a Tree. Setting example that disability is a unique ability, he has been a message for the mass appealing for SWACHH BHARAT HAI SWASTH BHARAT.

While most cities in India fight for Pollution and are worst affected due to Climate Change, Odisha has its unique demographic beauty. We should count our blessings and preserve our nature. This year KIC will cover the Coastal Line and the beautiful green mountain terrain of the eastern ghat showcasing the serene beauty of Odisha to the world narrates Shri Sudhir Dash. This visit via Chillika, Rambha, Chandragiri , Eastern Ghat, Daringi badi, Phulbani, Nayagarh and the sabara khetra of Koraput is a mesmirising treat to our participant says an excited Sudhir Dash.

The first Konark International Cyclothon (KIC1) which started from Konark to Puri on December 2015 marked the beginning of its mission for promoting around the broad theme “health, cleanliness,  and eco-tourism”.  KIC 2 which started from Konark to New Delhi had the all India appeal for promoting Konark as well as clean and green India. KIC 3 had the broad social connect engaging school children to administration which started from Konark via Chilka lake to Koraput and revolve around green and save water. It should be noted that Konark International Cyclothon and Tour De Kalinga are the initiative of Roots of Odisha Foundation which is supported by CRESPAI, (An Industrial Forum for Promoting Renewable Energy)

FOR ROOTS OF ODISHA FOUNDATION