Naxal 50 year old menace tried in Nepal and in India in more than 250 districts trick of dragon to keep crisis intact.
Also in  neighbour countries the dragon when she was in deep economic crisis spread the canard tool to weaken his borders with Maoist philosophy stake.
A nation with rampant corruption grend,  lust at its at apex solely attracted by West infallible its intelletuals are knows drums beaters  help to weaken their nation Arundhits style to halt India progress is not new but vintage sinister design.  With new coin urban Naxal, actually are the literate ideologues to propel  abject poverty ridden class like kankhya style to defame nation.
Sordid story not ends when subject enters to galvanise one set and demean another set, the neo literate or rich toof are indulging in same sinister with foreign funds in think tanks to stupify    ignorant, with aid to spread can Ards with  the religious belief, Or spiritual  or practice  is not new phenomenon.
With new generation this Conclave is lesson with one or two speaker steal the thunder inculcalte spirit of roboust patriotism but most of us ready commodity on sale on few paltry gains black sheep not amongstus but within us we comforts loving not workaholic shall be always remain worst creature inspite of best intellect at us as we not respect others work and dignity of labour not missing but demean. Our education  brings  the young lots to rots.
Media need has to run in NGO’s form the CSR conglomerate need to run in various beats as it’s dimensions is too big the MSME portal looks too tiny for this vast and rich nation.
Please do acts instead of attacking media the fourth pillar. 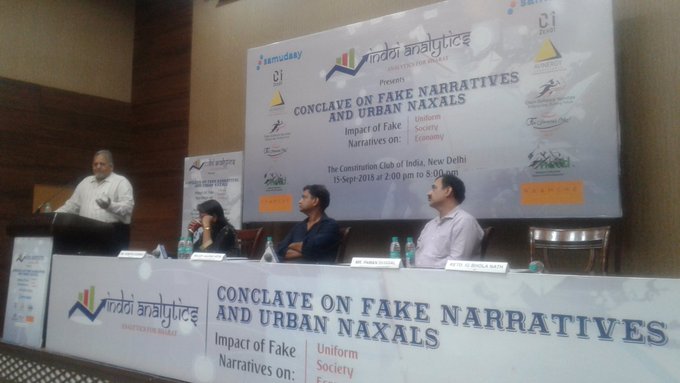