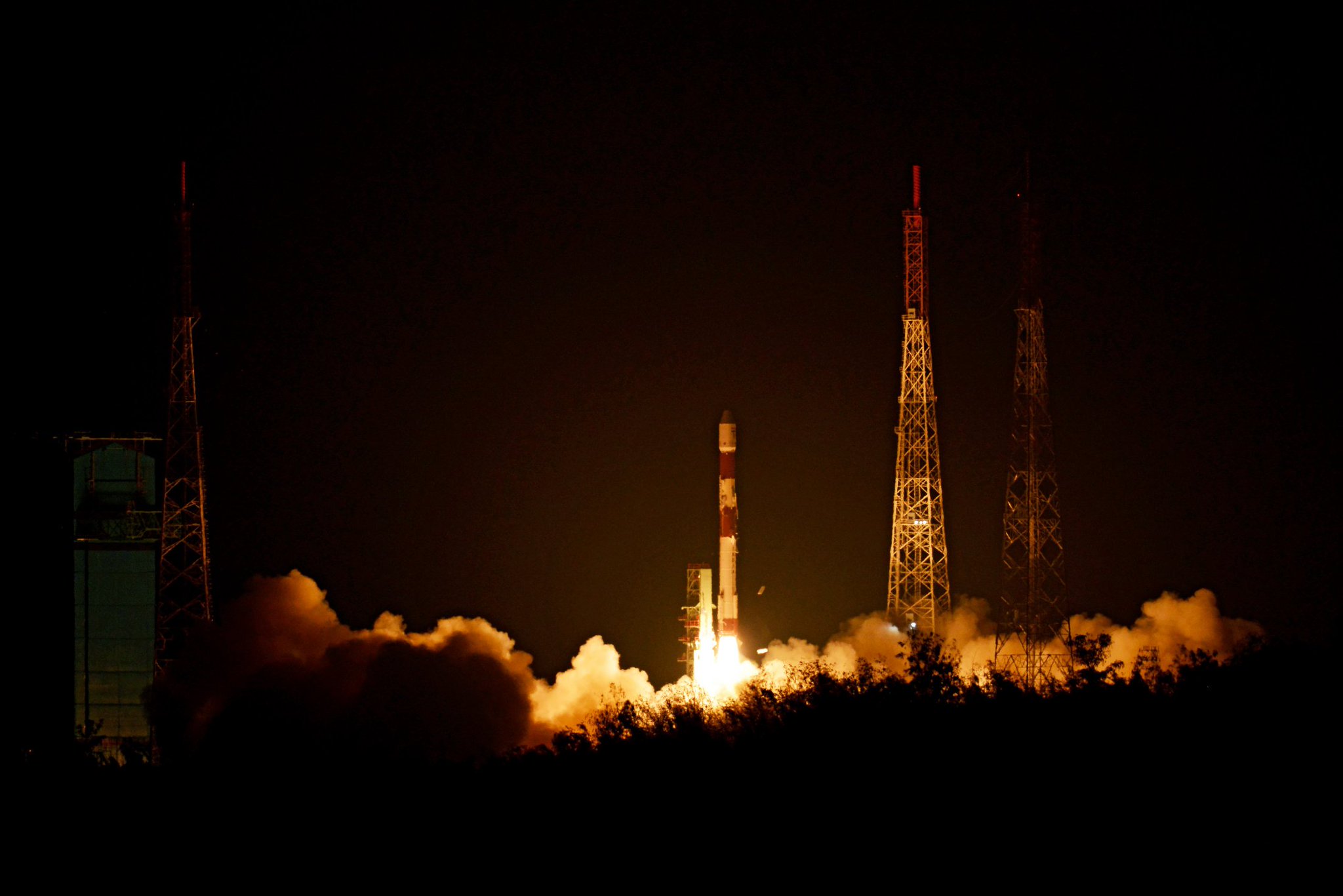 The PSLV-C42 lifted off from the First Launch Pad of SHAR at 10.08 pm (IST). Both satellites were injected into the Sun Synchronous Orbit, about 17 minutes later, at an altitude of 583 km.

The satellites belong to UK-based Surrey Satellite Technology Limited (SSTL), which has a contract with Antrix Corporation Ltd, the commercial arm of ISRO. NovaSAR carries S-band Synthetic Aperture Radar (SAR) and an Automatic Identification Receiver payloads. The satellite applications include forestry mapping, land use and ice cover monitoring, flood and disaster monitoring and maritime missions. It will be operated from SSTL’s Spacecraft Operations Centre in Guildford, UK.

This was the 44th flight of PSLV and the 12th flight of the Core Alone version of the vehicle. Core Alone is its lightest version without the six strap-on motors. It is used for launching smaller payloads.

The PSLV launch vehicle consists of four stages, each of which is a self-contained vehicle capable of functioning independently with own propulsion systems.

During the previous launch (PSLV-C41, April 12, 2018), the ‘XL’ version of PSLV with six strap-on motors was used. The vehicle successfully launched the IRNSS-1I navigation satellite to a Sub-Geosynchronous Transfer Orbit.

Preparations for the PSLV-C42 began at Sriharikota in mid-July with the process of vehicle integration setting the tone for the launch. Many centres of ISRO contributed to this mission with the vehicle being designed and developed by Vikram Sarabhai Space Centre, Thiruvananthapuram. The second and fourth stage liquid engines came from Liquid Propulsion Systems Centre, Thiruvananthapuram and ISRO Propulsion Complex, Mahendragiri, Tamil Nadu.

“I am extremely happy that the PSLV-C42 precisely launched two of our customer satellites at 583 km orbit. This was unique night mission executed for the first time by us. The PSLV has proven yet again as a user-friendly vehicle in all aspects. The credit goes to the entire ISRO team and industries. This success will give added energy for industries to make PSLV by themselves. We are going to have 18 missions in the next six months, virtually one launch every two weeks,” Dr Sivan said.

Thousands of skilled personnel from ISRO and industries, including many youngsters, played a crucial role in this mission. The Project Director of PSLV is Shri R. Hutton, who was also the Mission Director.

“The PSLV-C42 marks the latest technology and commercial collaboration between India and the UK with the launch of the combination of high resolution optical and radar (SAR) satellites from us,” says Sir Martin Sweeting, Group Executive Chairman, SSTL.

As on date, ISRO has launched 239 foreign satellites of 28 countries.