China not overtaking US as top power 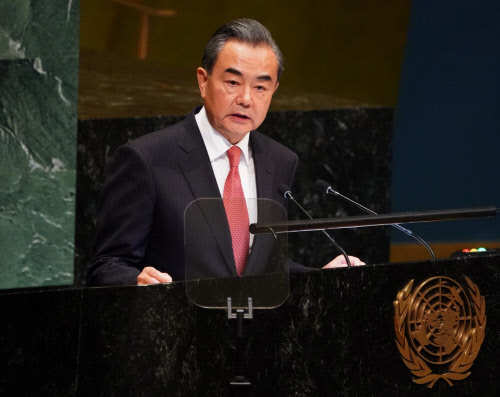 Commenting on recent works of US scholars who say China is stepping up efforts for hegemony, Wang said: “I want to tell you very clearly that this is a serious strategic misjudgment.” It is “a misguided anticipation that will be extremely detrimental to US interests and the future of the United States,” Wang told the Council on Foreign Relations in New York. The minister also said on Friday that there is“no cause for panic” over friction between Beijing and Washington and that “we can overcome current difficulties,” Reuters reports. In a speech at the UN General Assembly, Wang said that Beijing would not be blackmailed or yield to pressure over trade and criticized unilateral moves “by some states” that China believes would bring harm to all.