On World Habitat Day, Affected Communities and Experts Highlight the Need for a
Focus on Human Rights-based Housing and Land Strategies. 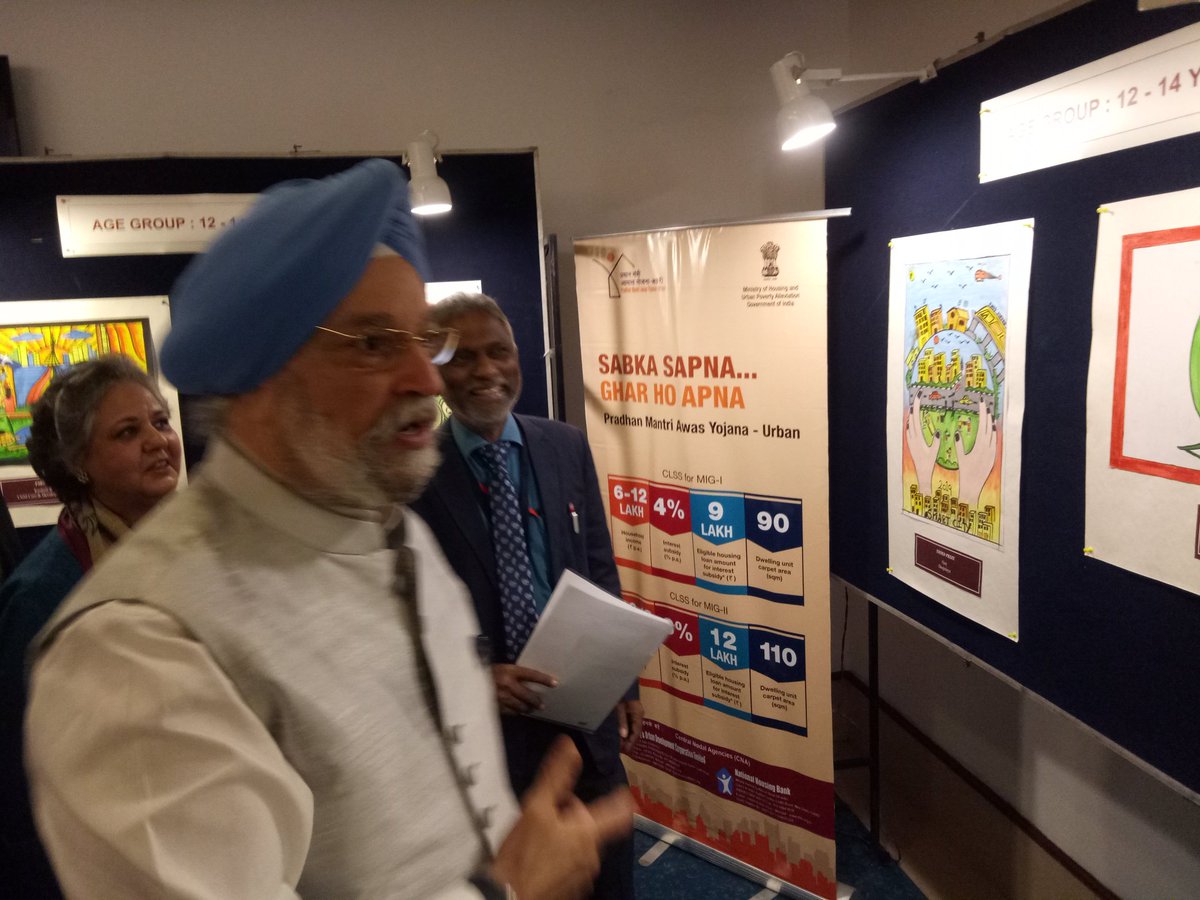 The United Nations, in 1986, declared the first Monday of October as World Habitat Day. The Day is meant to serve as a reminder of the important human rights related to creating safe and secure habitats for both rural and urban populations around the world.
To mark the occasion, Housing and Land Rights Network India (HLRN), in collaboration with its partners and community groups, organized a press conference in Delhi. Homeless persons; those who have suffered forced evictions and demolitions of their homes; displaced persons; those living in remote resettlement sites
on the peripheries of Delhi; independent experts; academics; lawyers; and human rights defenders spoke about different dimensions of housing and land issues in India.
Mr Ashok Pandey of Shahri Adhikar Manch: Begharon Ke Saath (Urban Rights Forum: With the Homeless) discussed the difficulties faced by Delhi’s homeless population and questioned where the space for them is within the government’s Housing for All by 2022 scheme. Ms Guddi is a homeless woman, who has lived for many years under the Sarai Khan flyover in Delhi, as she cannot afford any housing, not even in an inadequate settlement in the city. In August 2017, however, she was evicted from under the flyover for a beautification project, and since then has had to keep moving about on the streets without any protection.

She also spoke about the persistent violence she faces, and the extreme weather in Delhi that causes particular health challenges as she does not have access to adequate healthcare.
Mr Tarique Mohammed from Koshish discussed the serious issue of the criminalization of the homeless across the country. In cities where states fail to establish shelters, people are forced to live on streets. However, ‘clean-up drives’ are launched against the homeless and mass raids are made. In May 2018, in a single day, more than 150 people, including 49 women, children, and infants, were arrested under the
beggary law in Nashik and sentenced to detention for one year.
Ms Kiran from the gadia lohar community discussed the severe impact of forced eviction that took place just before her school examinations. She lamented the dismal living conditions of her community in the aftermath of the demolition of their homes and the absence of any relief or resettlement from the state.
Women in the settlement have no access to adequate toilets and bathrooms; they have to bathe in the open with their clothes on, always.
Mr Virender Kohli and Mr Mohammed Kaleem from Shakur Basti recounted how their settlement was demolished by the Indian Railways in December 2015, in the peak of winter, resulting in the death of twoyear-old girl. Even after the demolition, they have been continuously harassed by authorities and have not received any justice, including compensation or support from the government to rebuild their homes. Since
the demolition, several people, including children have lost their lives because of the inadequate living conditions.
Ms Asha Devi and Mr Ram Babu from Rajeev Camp lost their homes for the expansion of National Highway 24. However, their settlement was not surveyed and they did not receive any notification or alternative accommodation in lieu of their demolished houses. They, therefore, decided to approach the High Court of Delhi for relief. Despite a judgment in their favour, calling for alternative accommodation to be
provided, the affected families have had to run from pillar to post to raise the funds to pay the Delhi Urban Shelter Improvement Board (DUSIB) for a flat in Baprola, a resettlement site located on the outskirts of Delhi. As they are not able to access the formal financial market, they have had to take loans at very high
Housing and Land Rights Network <www.hlrn.org.in>, Press Release, 1 October 2018 2
rates of interest. While some families managed despite being heavily indebted, others could not raise the collateral for the loans and hence are still out on the streets or awaiting allotment of a flat in Baprola.
Highlighting the continued inadequacy of living conditions in the resettlement site of Baprola, Ms Meena stressed the structural instability of the flats, including seepage and cracks in the walls; the lack of access to livelihoods, food supplies, and education; and the serious issue of safety for women. Resettlement has destroyed the communities’ social networks and has most severely impacted women and children.
Mr Kirpal Singh of Kalibari Camp raised the issue of people who have paid the Delhi government money for a flat in a resettlement site but despite the passage of ten years have not received allotment and are still repaying their loans. They also do not have any information about how much longer they would have to wait. Ms Jayshree Satpute from Nazdeek, discussed the challenges in accessing legal remedy and the role of courts
in addressing violations of housing rights, especially in Delhi. In particular she highlighted the non implementation of the Sudama Singh judgment that recognized the right to housing and ordered rehabilitation for affected persons. Ms Mukta Naik from the Centre of Policy Research drew attention to
issues related to migrants and the lack of housing options for them. She urged the government and all actors involved in the production of housing, to think about habitat in ways that serve evolving needs on the ground.
Dr Usha Ramanathan, a researcher who works on the jurisprudence of law, poverty, and rights said that, “The routinizing of slum demolition has meant it keeps happening, but no one even notices it except those who lose their homes and then have to struggle to find somewhere to go. It is also disturbing to see government want to dilute the law and procedure on land acquisition – without assessing social impact,
without hearing what affected people have to say, without considering what that means to the lives and autonomy of tribal communities. We have still not learned the lessons that the Dongria Khonds taught us.”
Ms Shivani Chaudhry, Executive Director of Housing and Land Rights Network, stressed the need for a holistic, human rights approach that focuses on the interlinkages between the urban and rural, as two ends of a continuum; something that was stressed in the 1996 Habitat Agenda but lost sight of in the 2016 New Urban Agenda. Housing and land are basic human rights that need to be guaranteed by the state. She drew attention to the growing homelessness and landlessness in the country and to a recently-concluded rally of rural women that traversed eight states of the country over 45 days with the demand for equal land rights for women and for the recognition of women as farmers. She called upon the Indian government to implement recommendations of the Special Rapporteur on adequate housing in her mission to India report, especially the need for a moratorium on evictions, a right to housing law, and a right to homestead law guaranteeing
land to all landless families.
The testimonies of affected persons highlight the grave housing and land rights crisis being witnessed in India. It is therefore, absolutely essential that the Indian government—at both the central and state levels—revisits its policies and schemes, ensures that human rights principles, including non-discrimination and
gender equality, are incorporated in all policy intervention, and that the human rights to adequate housing and land are implemented in accordance with national and international laws