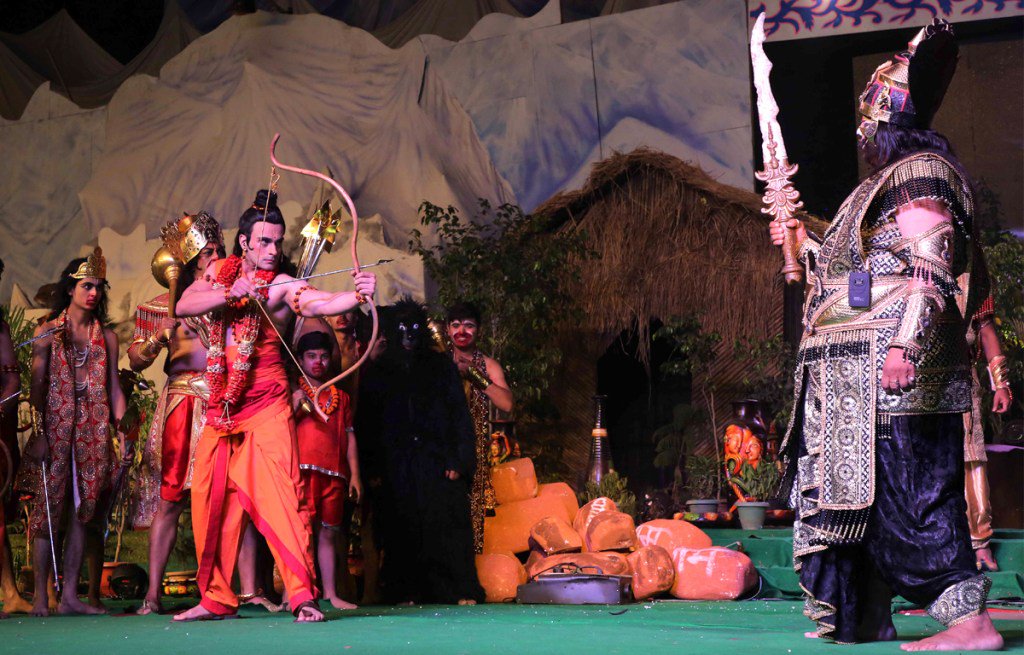 As everyone knows that Ramlila is a dramatic folk re-enactment of the life of Rama according to the ancient Hindu epic Ramayana or secondary literature based on it such as the Ramcharitmanas. And the LuvKush Ramlila Committee is one of the oldest committees in Delhi who has been organizing Ramlila at Lal Quila Maidan, Red Fort. And the same is going this year as well. Started from 10th October till 21st October. The LuvKush Ramlila has reached the 8th phase of the play, and as per the intense plot finally, Lord Ram defeated Kumbhkaran.

Revealing the biggest characters Hanuman Ji was showcased by Vindu Dara Singh. Ram is Angad Hasija. Akashdeep portrayed Kumbhkaran, Puneet Issar gave the deadly performance of Raavan. Sita Ji playing by Shilpa RaizadaThese w, Meghnath by Raja Chaudhary, Visbhishan by Avtar Gill, Mandodari by Amita Nagia,  Narad by Rajesh Puri, including all the other artists, the entire team of Ramlila leaving no bars to mesmerize the audience by their charmful performance.

And if we talk about LuvKush Ramlila, therefore the Chairman Ashok Aggarwal and the management is cautious about arranging proper security at the ground throughout the entire period of the festival.